Mine did that too but second season now so doubt anything has changed. Worked during the summer active months but then during winter it becomes unresponsive. Started working again after I ran the system and did a reboot.

This is my 3rd spring in a row, with a non-working Homekit on a product that says it supports homekit. What a P.O.S.

@dane Did the equipment arrive?

Lost in transit. They had to reorder

Honest assessment of where the Rachio 3 is going

Our new firmware engineer is wandering the neighborhood looking for inspiration. 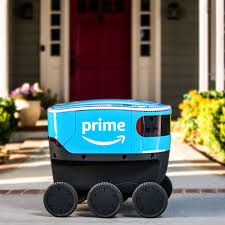 Two weeks and no update. But it’s Easter now and then Memorial Day and then summer. Maybe they will get to it by fall.

Apple still sells your defective product as a HomeKit-compatible product, with Apple’s vast credibility and advertising muscle benefitting Rachio, despite that it doesn’t work with HomeKit

I submitted feedback to Apple to address this. Feel free to do the same.

Apple wants to hear from you. Send us your comments and feedback about the Home App.

Our firmware engineer is at Costo buying things in bulk.

Update 04/22/2022 Our firmware engineer is fully onboarded. Their Apple HomeKit testing environment has been established. They are currently testing and replicating working with Apple’s dev team through bi-weekly meetings.

@dane locked the thread after someone called him out and spoke the truth. Instead of issuing a comment about it, he locks the thread, lol

Your process on fixing these years-old HomeKit issues is in slow-motion, completely unserious, and obviously incompetent. This is very disappointing. You apparently sent Apple a sample device in September and, as soon as you dragged Apple’s name in, you started blaming them week after week, giving reports that you’re sitting on your thumbs “waiting for Apple.” You milked the “waiting for Apple” until well into this year. You should have onboarded this so-called “expert” long, long ago—at least o…

@dane locked the thread after someone called him out

I just submitted feedback to Apple as well munpip214.

We all need to do this and make Apple aware that this vendor is falsely advertising HomeKit compatibility. It’s bad for the whole community.

Apple wants to hear from you. Send us your comments and feedback about the Home App.

FYI, I also sent them a link to this thread and the newer thread Rachio decided to close because they got butt hurt by the truth.

By the look of this 1,555 post all on ONE SINGLE PAGE (at least on my iPhone), I’m already discouraged from thinking my brand new Rachio 3 will ever connect to my HomeKit. Hey Rachio, page breaks are a good thing on forums. Even better than that? Advertising that something will work with HomeKit and being sure it actually works!

Rachio decided to close because they got butt hurt by the truth.

I have honestly been surprised how they have let this one go, so generally I think they have been good about letting us vent and not closing out the discussion. Most companies would have pulled the plug on this post years ago.

I agree (as the OP). I do not give Rachio a pass on HomeKit compatibility (and really have to wonder if the current hardware is up to the task). BUT as a irrigation controller - I have the greenest and most lush grass in the neighborhood! I really like the Rachio3.

I like homekit for secure home automation and it controls everything else in my house with more devices coming. I can’t wait till I can get my hands on the - Schlage Electronic Encode Plus Smart Wifi Deadbolt (with HomeKit / thread)

One last thing. I am STILL happy to report that My Rachio3 DOES NOT work perfectly

**It works with a long press on iOS iPhone about 87.5% of the time (and I still never use it). NEVER on iPad or on my Macs… MIA on AppleWatch…

**I reserve the book rights to this thread

@dane locked the thread after someone called him out and spoke the truth. Instead of issuing a comment about it, he locks the thread, lol

They locked the last one too so that it stayed as an update thread only and not turn into another 1500 comment thread like this one. Someone managed to word vomit before it got locked. They could have deleted the comment, but people would have complained about that too…

I does seem a bit odd to me that, after all this time, neither Rachio nor (allegedly) Apple, has had any success at even identifying the problem(s), much less fixing them.

I had zero problems with our Rachio 3 staying connected to Apple HomeKit on our network over the several months it was connected. Even with occasional power failures. (I subsequently removed our Rachio 3 and everything else from HomeKit, and stopped using HomeKit, for reasons entirely unrelated to the Rachio 3. [I don’t miss it.])

I’ve said this before and I’ll say it again: I attribute our success to a well-designed and exceedingly stable LAN/WLAN. Being a retired I.T. guy, with over twenty-five years on the job before retirement, I’ve a pretty good handle on what works and what not so much. Our network is designed and installed just as I did at work.

(I had internal customers at work tell me my network was the fastest, most reliable network of any employer’s at which they’d ever worked. Yes, this is something of a point of pride for me. Mea culpa.)

I think I’ve mentioned this before: I suspect Rachio 3’s network support isn’t terribly robust. It will work fine as long as the network to which it’s connected is very stable. But, when presented with less-than-ideal network conditions: It falls over. Badly.

I experienced this earlier this week. I’d upgraded the firmware on all three WiFi devices: House AP, dedicated 5GHz backhaul bridge out in the µBarn, and the AP in the µBarn. Wouldn’t you know it: The upgrade for the AP in the house did not go well. Everything got knocked off the WLAN for an extended time.

Once I got that straightened-out, nearly everything came back on its own, except the Rachio 3. Even power-cycling it wouldn’t bring it back. I surmise that, once it tries for some time to connect, and fails, it just gives up. Permanently.

Yes: This is a bug, IMO. Particularly in a control device.