Setup the Rachio 3 and Zone 1 and 2 work but Zone 3, 4 and 5 do not start and I see a red light by the Master Valve connection. I also get an email - Rachio detected a fault in zone master valve while running a schedule on your Sprinkler- Rachio-… controller. Need assistance. 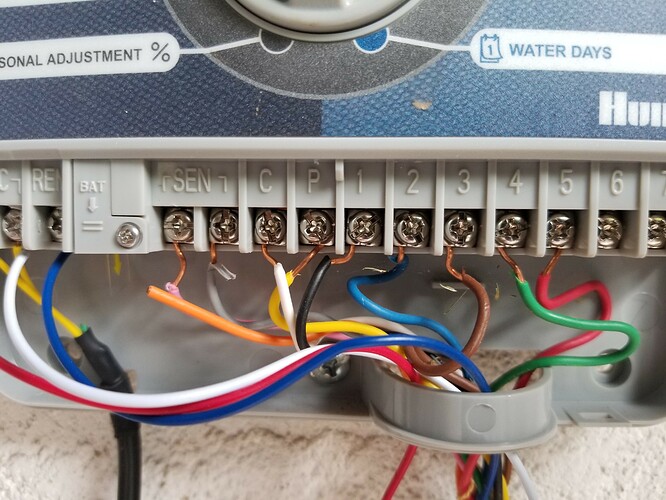 Do you have a master valve/pump? Oh, it probably is the yellow wire going to ‘P’ on the Hunter.

Can you post an image of the wiring on the Rachio please? 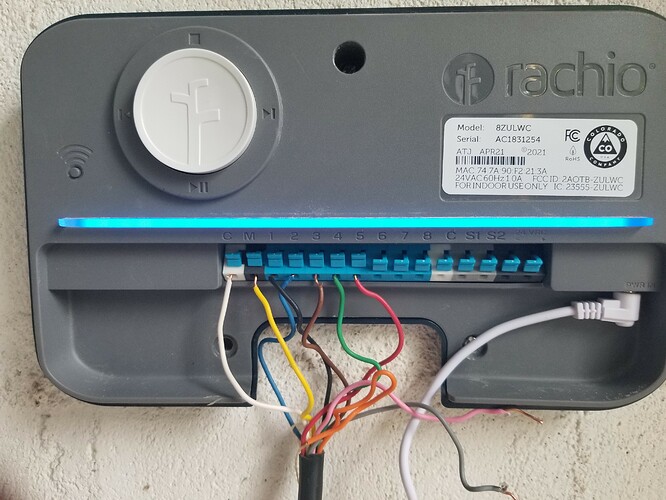 I looks like you have a pump or master valve, correct?

It looks like the pink & gray wires go to a sensor. It is a Hunter “Clik” Weather Station?

I took a look at the manual at: OM_XCORE_EM.pdf (hunterindustries.com)

It looks like you have it wired up correctly. I see what appears to be one bundle of wire. Do you know if the wire all splits off to front, back, and sensor . . . or does it go, say, to the back and then to the front? Either way, with just the one common wire for the front & back, I would suspect it connects somewhere to go to both places. I would suggest tracking down where the wire goes and checking the connections.

Yes I have a master valve. I will check to see where the wire goes but prior to changing the controller it worked just wanted the updated Rachio controller based off of a recommendation and the reviews. I believe those were the rain sensor wires.

@ssamuels00 - the fault message could be related to the zone being run. As both the Master Valve and the Zone will be on at the same time Rachio doesn’t know which one is causing the problem and I think defaults to Master Valve.

Is the limit water hammer option enabled in the app?

A couple of troubleshooting items:

Thomas the yellow wire is in the front and back. 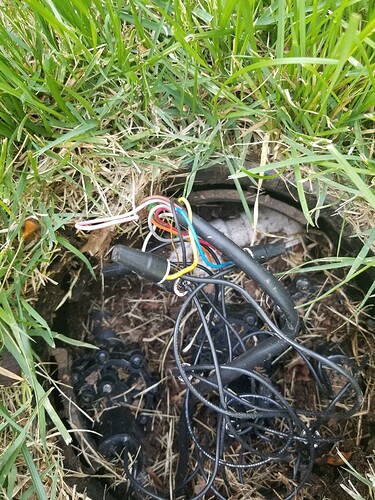 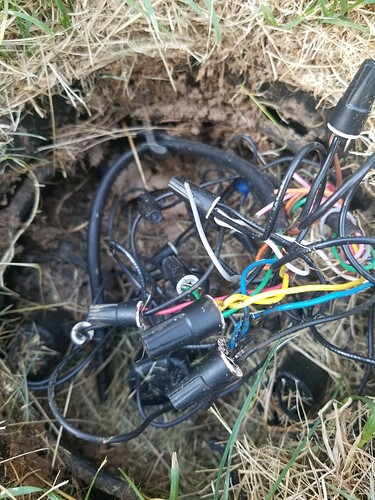 DLane I swapped 2 and 3 and original 2 ran when I did a quick run for Zone 3. New zone 2 did not run and zones 4 and 5. I will have zone 3 solenoid replaced to see if that works.

It is hard for me to tell which colors are going into the wire nut for the common wires. Since swapping 2 & 3 still did not allow any of the backyard zones to run, it sounds like a grounding problem for those zones.

@ssamuels00 - I might also try taking the original zone 3 solenoid out of the wirenuts (to test what @Thomas_Lerman is thinking) , be sure to reconnect the ground (yellow) wire connection that should go on to zone 4 and 5. I’m assuming that zone 3 is physically before zone 4 and 5 in relation to the controller.

Thank you very much. Will try those steps tomorrow and get back to you.

Thunderstorms yesterday. All of the wires are connected and not loose. Tried replacing solenoid 3 and it did not work as well. I called sprinkler company and they are going to take a look on Tuesday.

@ssamuels00 - hmmm. What happens is zone 4 and the orignal zone 2 are swapped at the controller?

Do you have access to a multi-meter to measure resistivity?

Same thing - original zone 2 will run when the wire is moved to zone 4. New zone 2 does not run.

Yes I have a voltmeter

@ssamuels00 - I would be curious to the Ohm readings between 2 and Common, 3 and Common, 4 and Common, and 5 and Common. One may need to take the Common wire out of the Rachio to get a good connection.

Has the Common connection at original zone 2 been checked? It should go on to zones 3, 4 and 5 from there. Wondering if it is only connected to zone 2?

Were any error messages generated when running the swapped zones?

I still sounds like a wiring issue which @DLane has mentioned a test you can do.

Thanks @DLane and @Thomas_Lerman. The problem is that zones 1 and 2 have a box in the front of the house and zones 3 thru 5 are wired in a separate box in the backyard. So impossible for me to swap zone 2 common wire with zones 3, 4 and 5.

Will test the ohm readings later today or tomorrow as it is raining over here.