I currently have a Rachio wireless flow meter attached to my Gen 3, 16 zone controller. Due to plumbing arrangements I would like to add a second wired flow meter (looking at EveryDrop currently) for a few of the zones. Can this be done and will the wired flow meter offer the same features as the wireless version (flow monitoring/auto shutoff)?

You can only run one flow meter per controller. The everydrop works with the controller just like the wireless rachio version except it is connected by two wires directly from the rachio controller

Hi-
thanks for your response. I found this thread and so now I’m a little confused:

How many flow meters do I need? Can you have more than one or not? Wireless Flow Meter

@Gene and @DLane Would either of you be able to help with my question? 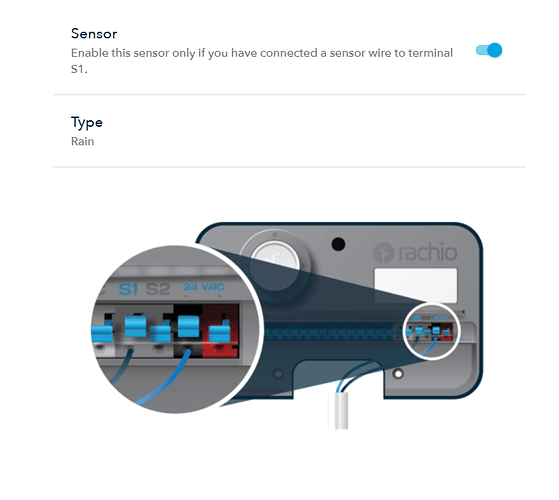 On a different system without a wireless flow meter, an option to add a wired flow meter is available: 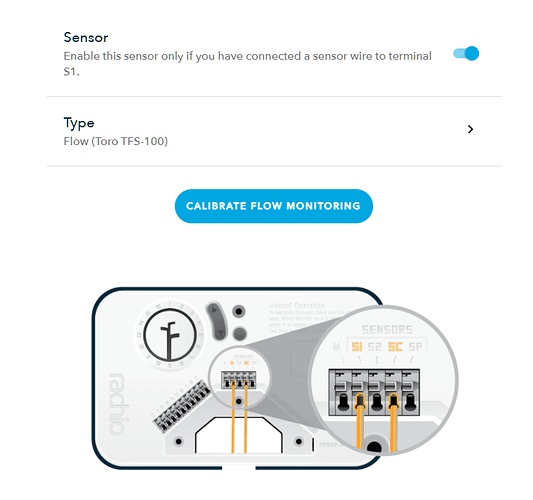 Theoretically, multiple identical wired flow meters can be used in parallel while connected to the same port. I have not tested this, and it is not guaranteed to work (as well or at all), but since wired flow meters send pulses corresponding to flow, the pulse can come from any number of wired flow meters and Rachio should interpret it as flow. The flow meters should be setup in such a way that there is never a time when more than one meter is experiencing flow at any one time.

Everydrop meter is going to pull some amount of power off the circuit to drive the electronics of it. Assuming that 2 of these doesn’t pull too much power it would likely work. A simpler meter that is just a switch I would expect to work.

The meter basically has a switch that grounds out of the input at some rate related to flow. Both of your meters would have to be the same, and you would have to make sure both meters don’t switch at the same time (meaning only 1 is running at a time), then it would work. If they did both switch at same time you would just lose that count on one of the meters–if its a pulse per gallon then a gallon isn’t counted. You would wire them in parallel. That is red wire on one goes to red wire of the other, and black to black. You could connect the 2nd meter at the controller or at the 1st meter.

The current wireless flow meter is supporting 7 zones and is on the opposite side of the house from a newly installed drip zone that is fairly extensive. I wish to keep the current wireless setup and simply add a wired version as the new drip zone / main plumbing / and Rachio are all within a few feet of each other in the garage. I failed to mention that if I could add the 2nd meter that it would be plumbed in such a manner as when the original wireless one was sensing flow it would also flow through new wired version.

Seems a shame that this might not be possible (at least the way I would like it to be).

It’s been quite some time since I’ve worked on the WFM, does this help?

@franz sadly it doesn’t respond my particular situation. I also read through all of the embedded links and they didn’t offer confirmation either.

a) I don’t think it is possible.

b) @Gene’s suggestion of two wired meters might work. Are there some spare wires in that section of the irrigation field wire?

I failed to mention that if I could add the 2nd meter that it would be plumbed in such a manner as when the original wireless one was sensing flow it would also flow through new wired version.

If all the water is flowing through the wired sensor, why not just use it? Maybe a simple drawing would help?

I failed to mention that if I could add the 2nd meter that it would be plumbed in such a manner as when the original wireless one was sensing flow it would also flow through new wired version.

I read this to say that the new meter would be reading both zones. That means you don’t need the 1st meter. Or, if you like the first meter, move it to the planned 2nd meter spot and replace the 1st meter with a piece of “winterizing” pipe. Don’t even need to buy a 2nd meter.

I have created a quick sketch and inserted below. When I installed the WFM I chose its location because:

I have installed a drip zone attached to the current hose bib in garage (which is used for winterizing). I wanted to have flow/leak protection on this zone so instead of moving WFM I was going to add a wired flow meter here - just after the backflow preventor but ahead of hose bib. ( I realize this would be ahead of hose bib at back of house).

So I guess I could move existing WFM to the location that I proposed for the wired version, I would just have to get past points 2 & 3 above to feel comfortable. I will admit that the use of the hose bib in the back while the system is running is rare.

I was inquiring so that I know what all of my options are so I can make informed decision.

I hope this helps to clear up my situation.

@RPostWVU I created my post then saw your reply. I have a section of spool pipe that has unions on it so I can remove WFM in the winter. (as part of my original design/install) 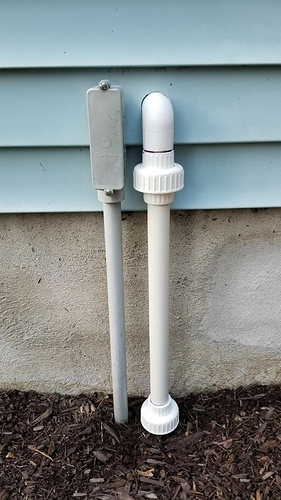 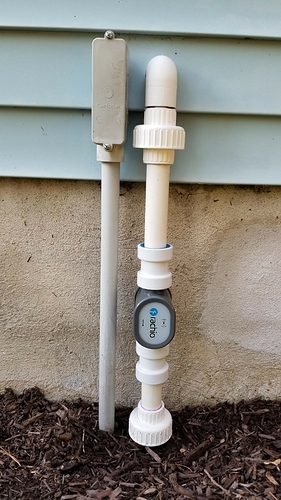 Lets assume you move the WFM to just after the BFP.

What you lose is you are measuring the water used by the hose bibs. Is that a problem? I’m installing my WFM today, so I don’t know all the details of what Rachio will do with that data. I assume its going to warn you that you have a leak. OK? It cannot add that usage to a zone, there’s none on so I dont see accuracy loss. Isn’t all hose bib water ending up in the yard?

What do you gain? Well now you have leak protection against the hose bibs and that line that goes through your house. Sounds like a pretty big win to me. You also keep a simpler system.

@RPostWVU I believe the WFM only is active when a zone is running, it doesn’t check for leaks 24/7, @franz correct me if I’m wrong.

Might be right on no readings while not running. Which leaves the only downside to moving the WFM to that you can’t use your hose bibs while sprinklers are running.

Isn’t the rule to only water before dawn when wind is least and less time for fungus growth? Are you using your hose bib before dawn? I assume there’s an override to the alert anyway?