Ethernet port a requirement, when add?

Your sprinklers offers powerful capabilities, but I hope you produce a wired ethernet port Rachio.
Until there is that feature I must pass on this, despite my strong desire to get one, unfortunately must pass.

Range and Interference issues are the most obvious.
Setup problems could occur (Wi-Fi adds complexity to connection).
Access to my sprinkler location is easy, would take me about 10 minutes to toss a line to my switch (and cost less than a repeater)

Security is the biggest issue I have and one people should be aware of. Any Wi-Fi device is a door for exploitation, even a sprinkler controller. Criminals use equipment to listen to a device for a few minuets, then spoof the Wi-Fi station into thinking a malicious cracker computer is a sprinkler.

In my house I have an 8 point router for all fixed devices (like cameras, security), with Wi-Fi station on a completely different branch and firewalled for safety.

When the Rachio includes Ethernet, I would like to see a physical switch for the Wifi.
I have seen some devices automatically turn on WiFi after power issues, which is not safe.

Thank you for reading my concern and with.

I agree that having a hard-wired Ethernet connection option for the Rachio 3 would be a valuable improvement. After having problems with the WiFi signal strength in my garage when I first installed the Rachio 3, I found that I had to install a WiFi extender pod in the garage to get it to work. My house is hard-wired with Ethernet cables, and I would have much preferred to use an Ethernet connection in the garage rather than installing a WiFi booster pod. I agree that security is a concern with a WiFi connection, but because there if no other option, I have decided to accept the small possibility of getting a security breach with the WiFi system to obtain the benefits of having the Rachio 3 smart sprinkler system.

I have only had the Rachio 3 for a very short period of time, but so far I’m satisfied with this decision. I have never experienced any major WiFi signal interference problems with the WiFi system that I have had installed in my house for several years. However, if Rachio 3 eventually comes out with a newer version that has a Ethernet connection option, I will probably upgrade to get it mainly for the improved security of having the Ethernet connection.

Your request is not realistic; you won’t be seeing smart sockets, light bulbs, thermostats, etc. with Ethernet connections. The boogeyman is not out to get you. Most prosumer APs (Ubiquiti, Mikrotik, high-end TP-Link, etc.) support multiple SSIDs on separate VLANs. Set up a network just for your IoT devices; if it gets hacked into the intruders will have no access to your valuable data.

I’m a network engineer, you should be far more worried about your WAN port than your wifi. Wifi has a range of what, a dozen nearby homes? There are billions of devices trying to hack you from the WAN side and unless you have a real router you don’t even see it happening.

I can find wired sprinkler systems, wired cameras, wired security, wired thermostats, all of that exists so you are wrong.
Not hard to make some devices with RasberryPi either, if one had time to tinker.

Why did bother posting that nonsense?

Then you should know perfectly well POE vulnerabilities.
Granted an sniffer attack is unlikely, but not nil. Additional layers of complexity in structure to deal with.

Good luck to you Joe. Be sure to stock up on tinfoil in these hard times.

If I need them (I won’t), I will get my stock from you.
After all, no need for EM protection when one is not blasted from multiple nodes.

Leave the WiFi for mobile devices.

I would happily pay to Beta test a wired version of system.
I beta test software and know the NDA and legal requirements of doing this.

Please stop requesting this. You are wasting your time, as well that that of the community and Rachio.

There is essentially no demand for such a product. Anyone concerned about security issues would simply put their untrusted IoT devices on a separate VLAN, with access to the cloud but isolated from valuable local assets.

While I agree that a wired interface would somewhat improve reliability, it would still fall far short of e.g. what a fire extinguishing application would require. I suppose for growing cannabis you might pay a premium for a more reliable controller, but such uses are far from the market Rachio is addressing.

Stewart, are you an employee of Rachio? You are speaking as one.

GeoWoz also voiced support for Ethernet, how many others would get one if it had Ethernet?

Sprinkler stations are some of the most distant devices on a property, some locations easily accessible by cable. 200ft of Ethernet cable is <$20, a Repeater is >$30 (not all with work with competing brands).
New builds are adding connections everywhere too.

$5 in parts would be small price to make more attractive device.

Example of WiFi connection problems, on both units one customer had.

Rachio 3e will not connect to Wifi! Wi-Fi

@10kdiamond Sorry for the inconvenience this has caused. We can definitely help get your controller online. If you are willing to join our internal beta program temporarily, we have a solution that will guide you to connecting via your PC. If you DM me your email address tied to your Google Play account, I can add you to our internal beta list. After, you will be able to opt in via this link: https://play.google.com/apps/testing/com.rachio.iro and you should receive an update to the app on your …

The Android Developer and Rachio Co-founder was involved in solving this problem. Eventually yet another unit (third unit) had to be sent over to successfully connect.

This issue apparently was the firmware was not connecting with customers devices, and the only way to update firmware was at factory.

I applaud the excellent customer support by Rachio to solve this, but obviously it is also a tremendous effort to fix the issue for a few customers.
A built in Ethernet would give customers and Rachio options in solving such issues. A firmware update could be sent via Ethernet, then switch to WiFi once update successful.

Is there a way to connect my Rachio controller to the Internet with an Ethernet cable?

Not directly, but a device such as 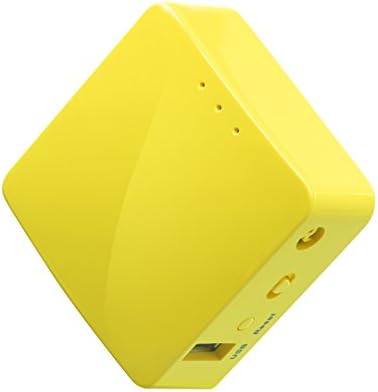 
may meet your needs. There are many similar inexpensive devices available. Put it, along with your controller, in a metal enclosure with small vent holes. If this is outdoors, you’ll need to make it weatherproof. Use Wi-Fi Analyzer or a similar app on your phone to confirm that the signal is undetectable where you sleep or otherwise spend a lot of time.

However, I’m dubious on the concept. A mobile phone exposes you to hundreds of times more RF radiation than environmental Wi-Fi. Transmit power is typically more than ten times higher, and you’re usually less than one tenth the distance from the antenna, resulting in absorption more than a thousand times greater.

Now, I need a device that will remotely switch breakers off in my electrical panel. I hate having to go outside every night to turn them off and then back on again and each morning.

Now, I need a device that will remotely switch breakers off in my electrical panel.

A robot that literally switched breakers on and off would be very expensive and likely not compliant with the electrical code. You could have an electrician install a box outside with contactors (big relays) in series with the breakers you wish to control. The contactors could be in turn controlled by remote controlled outlets or switches. Unfortunately, most of those are Wi-Fi and you wish to avoid that.

Ethernet controlled switches are available, though not cheap. For example:
https://www.controlbyweb.com/webswitch/
Most of them are designed for indoor use and can’t handle a wide temperature range. If your panel is e.g. outside your garage or a closet, you could bring the cable from the contactors through the wall and put the controls inside.

If your schedule permits, it would be simpler and less expensive to have a mechanical timer control the contactors. The timer would have an override button that you could operate manually when needed.

Ethernet controlled switches are available, though not cheap. For example:
https://www.controlbyweb.com/webswitch/

Wireless station is just a fail point for a device that will never move from its location,
And another item to setup when WiFi station is replaced.

Wireless station is just a fail point for a device that will never move from its location,
And another item to setup when WiFi station is replaced.

I like ethernet cables too, but the idea of wifi is not necessarily to service devices that move, but rather to service areas without an ethernet cable. Like outside. Like my garage. Like places where irrigation controllers are located. Today’s wifi is pretty foolproof, just about omnipresent, and, according to NCTA, is present in 89% of the US households with broadband. I’ll bet most of those don’t even have an ethernet cable; none of my friends do. Even companies have abandoned them: too hard to keep track of and replace, switches take up rooms, and can’t keep up with changes.

I wouldn’t mind if the Rachio controller had an ethernet port, but I’m willing to be at least 90% of the users won’t care and won’t use it. I wouldn’t.

I would love to see an ethernet option for the rachio. As of now I have decided not to buy the rachio, because it doesn’t offer ethernet. If anybody understands how homes are made in Florida, there is block and all kinds of barriers that stop wifi. Wifi will not travel through the walls or the windows. It is hit and miss when it comes to cell phone reception. It’s just the way they build down here because of the heat, so they installation has metal barriers and I was told the windows have metal in them that works to reflect the sunlight back out. An installer told me it is the equivalent of having your windows covered with aluminum and makes it virtually impossible to get signals through. I even put a router on my window sill to stream music out to my pool and it still wouldn’t go through. So to have a device outside that relies on wifi will not work. It would however be somewhat easy for me to run an ethernet line. Can’t believe rachio overlooked large sunbelt markets that make outside wifi unreliable. It looks like they didn’t even talk to home builders on how new homes are built now. Looks like no research was done.

You are correct about windows having metal in them. I had a few replaced because the seal was bad which caused condensation on the inside of these windows, which then caused rust. This is part of the UV protection that the windows have. At least for my windows, it actually is a ferrous (iron) material.

I know some people are more concerned about Ethernet security than WIFI security. However, I would rather use Ethernet over WIFI for several reasons. I believe having that as an option would be helpful to those that want it. Some might say an alternative though would be to run Ethernet to the garage or outside and have a WIFI router out there. I believe this has issues as well, such as heat, humidity, enclosures, etc. The problems with enclosures includes they are not easy to find one that fits, takes care of heat & humidity, and if metal it is a Faraday case).