You guys are launching v3 with a water flow meter. Cool.

Will I be able to buy and easily connect the water flow meter to my v2, and have the same functionality?

No, it’s not compatible with anything but v3. 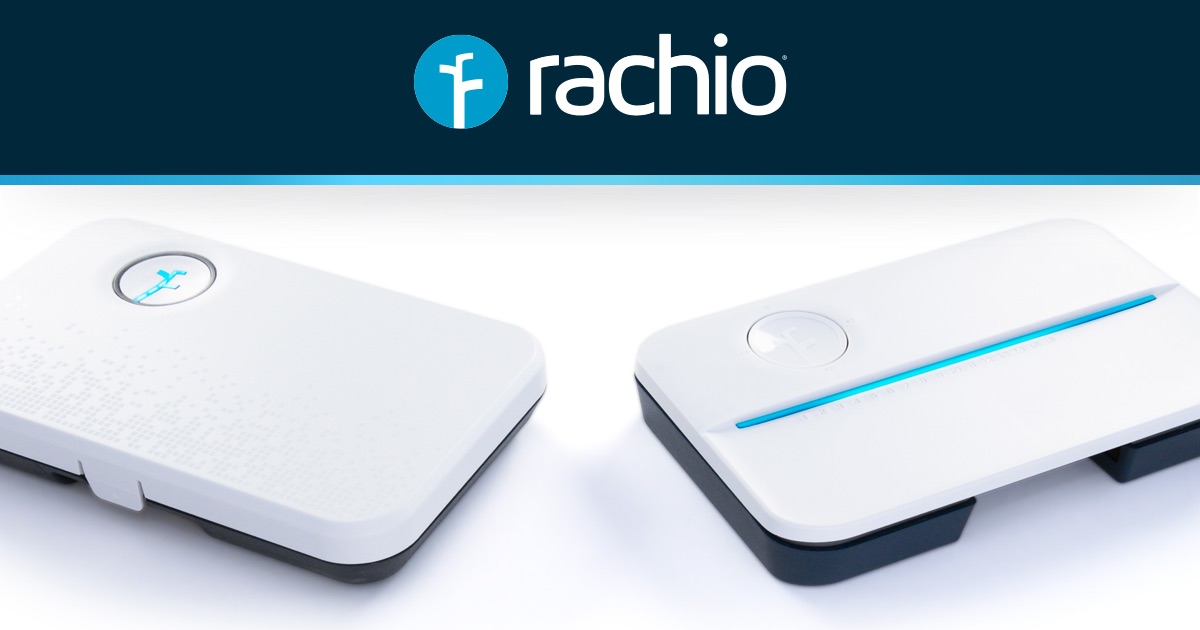 Smart Watering That Meets Your Needs

Use our product comparison tool to find the right smart watering solution for you. Get leading smart sprinkler control and advanced weather monitoring with Rachio 3 or Generation 2 Smart Sprinkler Controllers, and groundbreaking leak detection with...

That is COMPLETE BS. I bought this controller because it would upgrade the firmware and add new features. But now they come out with a flow meter that can’t connect to it?

I would like a detailed reason why they designed it not to work with the current models.

Thanks. From that, I can see the reason.

The flow meter is wireless, and uses a custom radio to reach the v3 controller. I’m sure the v1 and v2 do NOT have the needed radio.

I wonder if there’s a wired meter I can use with my v2?

I agree. I just installed my v2 two weeks ago!

But I think I can give you the detailed reason. For simplicity of installation, they designed the flow sensor to be wireless. It uses a proprietary radio, not wifi, to connect to the v3. Your device does not have the hardware, so we’re s outta luck.

The v2 has a WiFi radio. From the other posts I’ve read on the flow meter, it uses WiFi to transmit the data. Having an 802.11 radio is all you need to be compatible. It’s a software solution, that should be doable in the v2. The only reason I would see for the lack of compatibility is processing power. If that is the case, I would like to know that from Rachio. What is the reason for the limitation?

The concept behind this seems to be marketing. Asking people to upgrade to the new controller so they can sell more controllers. Not acceptable. And if this is the case, I will no longer recommend it to anyone who asks.

EDIT: As a side note, they designed the flow meter, why not design it to work with the v1 and v2 models? Design it to use an 802.11 radio.

“It is a 900MHz long-range radio.” Not a WiFi signal.
But not sure why they couldn’t make an adaptor like my current wireless rain sensor.

@mailbag, yes their are wired flow meters that work with the Gen 2 device.

How do I install a flow sensor? (Generation 2)

Looking for Installation Steps for the Rachio Wireless Flow Meter? Need help installing a flow meter? Complete the form below to be connected with a local RachioPro! Hire a Pro DISCLAIMER While ...

@Friz - the lower the frequency the farther a radio signal will go. Therefore the 900 MHz radio that Rachio is using for their wireless flow meter will go further than the 2.4 GHz 802.11 signal (and even further than the 5 GHz 802.11ac signal). There are wired flow meters that work with the Gen 2 device:

How do I install a flow sensor? (Generation 2)

Looking for Installation Steps for the Rachio Wireless Flow Meter? Need help installing a flow meter? Complete the form below to be connected with a local RachioPro! Hire a Pro DISCLAIMER While ...

@DLane I understand that 900 MHz travels farther, so why not simply include an adapter to v2? it would be easy to create a module that converts the 900 MHz single to a wired connection to the v2.

However, I am happy they are planning on coming out with a wired version. Just would be nice if they released them at the same time so it doesn’t feel like your current customers are getting left behind.

@Fritz - the wired flow sensors are all ready available for use, they are third party sensors.

As far the new Rachio wireless flow sensor being made to work with a Gen 2 system - it may be more complicated than just a 900 MHz receiver as one would need an interface to pair the correct wireless flow meter to the desired Rachio control. As an example, for a 50’ wide lot I would expect the signal from neighbors on both sides and across the alley to easily be present and it would probably extend for a few more houses in each direction. The input for the sensor on the Gen 2 is just a simple on/off, no data is transmitted like device serial number. So that means there would also have to be a Bluetooth or WiFi radio and an application to configure the wireless flow meter to the adapter or the adapter would have to come from the factory paired to the flow meter (then what happens when one half of the paired unit fails).

I found this meter, it looks like the same flow sensor.
2-Wire FlowPro Meter

Why isn’t this compatible with a Gen 2 Controller?
The spec looks like the wires can be installed using terminal “S1” or “S2” same as a Toro/Badger Sensor?

Time… money… resources… priorities… I doubt we’ll see them do it which kind of stinks. I would probably consider buying the flow meter and an adapter for my G2 if it was a reasonable cost as I don’t see a reason to upgrade from my G2 to G3 right now unless there was a trade-in offer so Rachio could resell the G2 as a refurb.

I have the same question. For those of us with Gen2 controllers, this would be a less expensive and less disruptive way to add flow measurement to our system. To be specific, I’m wondering about the wired version from FlowPro, the FP-Meter 104.

Well, I’m the original poster on this question. I just sucked it up, and bought a v3. I want the flow sensor that badly ($330 worth.)

I looked at the third party flow sensors people were nice enough to post here, but they all cost almost as much as the V3 AND sensor. And then, it’s not clear if the third party sensors with the V2 will deliver the same functionality as the V3 with sensor.

It seems stupid that Rachio did not ALSO provide their same flow sensor, with a wire for V2, at the same time as launching the V3. I get it that our V2 doesn’t have the 900MHz radio, but a wired version would be even simpler to manufacture, and would give many legacy customers a good option.

I cannot believe the vitriol I’m reading on this post. Do you guys not know how to read. The gen 2 most definitely supports flow meters. There is a list of supported flow meters on the website in the support section. “You feel like you’re being left behind…”. Wow, if you want flow meter, buy one that is compatible.

They released some new hardware that only is supported by other newer hardware. That’s pretty much like everything else in the technology world. You guys all need to stop whining. I personally use the Toro 3/4" flow meters. I have two of them on my gen 2 controller. Works just fine.

Having a flow sensor is worth the money if you are a data oriented person.

I dropped 300 on my wired v2 sensor 2 seasons ago. It really shows what is happening under ground.

It is not compatible so that Rachio can sell you a new system. I have been wanting to be able to simply enter the gallon flow rate per zone and they will not add this to the app. Instead we get a dumbed down new app and now this.

Yeah. I’m a major data geek. I’m on a well, and put a water meter on it years ago. Nobody understands why, since I don’t pay.

There’s an environmental conservation aspect to it, but ultimately, you cannot manage that which you do not measure. Irrigation is ALL ABOUT managing water…but how do you do it right without data?