Zones run manually using valves, but no longer with Rachio

Rachio was using great for 1 - 2 years.
This summer when I went to restart my watering schedule, Rachio would no longer activate irrigation. This effects ALL zones.

Rachio Scheduled runs nor Rachio manual runs work (buttons on unit and software).
But the unit/app shows that water running.
Only wires I have into Rachio are Zone wires 1-6.
No rain sensors.

Troubleshooting done thus far:
-Wifi and all indicators on unit and app are good.
-water supply is on
-Zones can run manually at the valve control.
-Confirmed all wires snug on Rachio unit.
-Restarted Rachio (unplugged power, plugged back in)
-Removed Rachio device from app; re-added.
NOTE: I did not unplug the rachio unit AFTER uninstalling the app.
So it was powered on the whole time I removed and re-added the controller from the app.
—> Should I have sequenced it as: Remove Device ; Unplug device: Plug in device; Add controller to app. ??

Disclaimer: I had some foundation work done between the time it worked and didn’t work. This including digging in the vicinity of the line from the controller that goes into the ground. What typical problems are found from digging / work being done in the area? How likely is this the problem?

If I can’t figure it out, would a landscaper be best for this job? A plumber?

To me, it looks like you did many of the right things. Good job. The foundation work makes me wonder if the may have accidentally cut the wires. Do you have a multimeter? The next step I would do is to turn on a zone, test that zone at the terminals on Rachio, then test that zone at the valve. If it tests positive on the terminals, but not at the valve, the wires might be suspect.

I was just on amazon, probably will pick one up. Thanks for the response!

It was just some “light digging” (aka new foundation) heh… 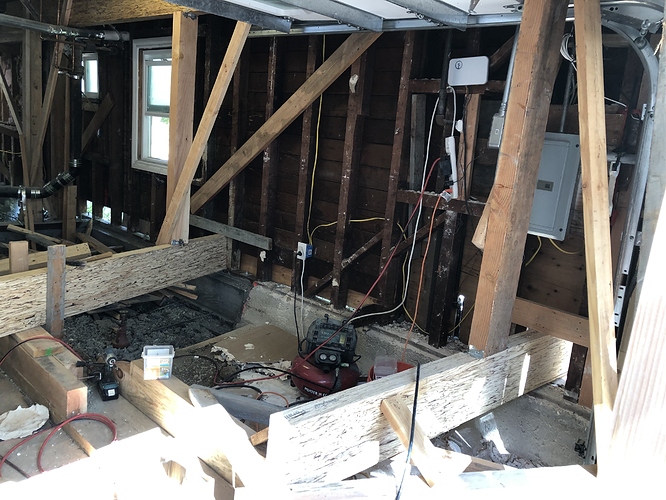 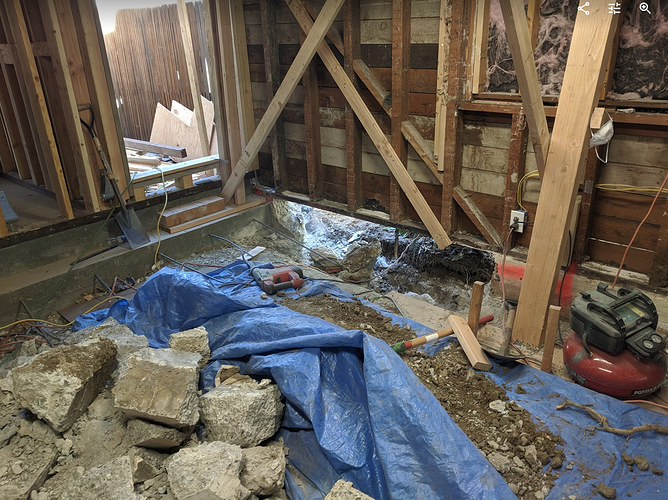 Two things you can test are the voltage (24VAC) and ohms. To test the ohms, this post has some information that may help: All sprinklers turn on with every zone test - Gen 2

@Thomas_Lerman Thanks again. I was watching a similar instruction https://youtu.be/OIdcpRg4X30

I guess a question is when you see construction like this that dug up right where the line is, is it almost a certainty that field wire got cut?

Good videos. Before digging up the yard, I like to check the voltage at both ends as well. One thing that seems to be common (seems unlikely for your case) is that a wire comes loose in a wirenut. That might show OL from the controller and the valve with a good resistance. If you base it only on the resistance, you might be digging up the yard.

As to doing it yourself or not . . . it depends on how you feel about it. Obviously, digging can make things worse if you hit the wire with a shovel so you should be careful. I actually like to run the wire under the pipe to help protect the wire. I used the waterproof wirenuts, but usually add some extra silicone just in case and have also wrapped in plastic and electrical tape. I am comfortable doing this type of thing though. I still would do some of the legwork ahead of time.

If it appears to be the wires, I would probably double check to make sure the wires on the controller are in fact secure and making a good connection. I might even do some fun things such as unplug the controller, disconnect all of the wires (take picture and/or make notes) in the box closest to the controller not on the other side of the lawn, twist them all together, and test the resistance for each combination of wires.

If it is the wires, I would start where the work was done and then move toward the first box instead of digging up the lawn between the two controllers.

Did that answer your questions and did I provide enough details?

@jbardet, I zoomed into the 1st picture above showing the controller and it appears all your wires are run in one bundled black wire so most likely that wire was cut through. How close is your valve bank to your controller?