I’ve had Rachio for a couple of years, and have been happy with one big exception: Neither my wife nor I (both fairly tech-savvy) could figure out how to add or edit schedules in the app.

Turns out the reason was simple: The top menu appears to have three choices:

None of these allow you to edit schedules. Turns out there is no space between the words “Schedules” and “Calendar” in the UX, leading us to conclude they are one menu pick, not two.

Just add a space or two to separate them, and the app discoverability will be tremendously improved!

What phone platform are you on? My view is totally fine on Samsung S20 Ultra. I guess the spacing isn’t EXACTLY the same between the 4 headers, but still easy to differentiate. Do you have font scaling on your phone (making fonts bigger on the phone for easier reading)? I’ve seen a couple posts about OS scaling issues within the app over the years.

Thanks for reaching out @jhdedrick As @tmcgahey mentioned this might be an unidentified UX issue specific to your device and/or font scaling. When you get a chance could you post your smartphone/tablet model and OS version? It would be really helpful to get a screenshot as well. If is a font scaling issue, I’ll want to submit a ticket to our Engineering team. You can check those settings on Android and iOS

Possible UX issues aside, I do think that schedule editing can be more discoverable. We are looking at ways to improve this in addition to helpful instructional videos and more streamlined support articles.

Neither my wife nor I (both fairly tech-savvy) could figure out how to add or edit schedules in the app.

On a phone? Don’t fight the tiny screen and touch keyboard. In the web app, click Schedules. You can then select a schedule for editing, or click the + sign to add a new one. 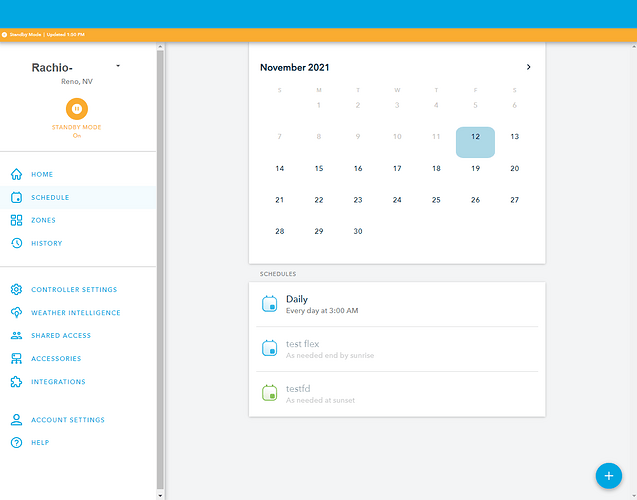