Love my new Rachio. Having fun playing with it. Had it all programmed and set up in 30 minutes.

I suggest a right-angle male plug be used on the power adapter cord instead of the straight one that is on there now.

I installed my Rachio in a protective ABS enclosure (lots of lint and dust in the laundry room). I had to install the Rachio off center in the box to the left, to accommodate the power wire sticking out on the right side. Anyone wanting to install a Rachio outdoors would need to place it inside a weatherproof enclosure. Many of these enclosures are smaller that the box I used and would be a tight fit with the straight plug protruding on the right.

Other side benefits might be that power cord would drape downward a little smoother, and a right-angle plug may be harder to pull out by accident compared with a straight one.

A right-angle plug like this is what I am suggesting: 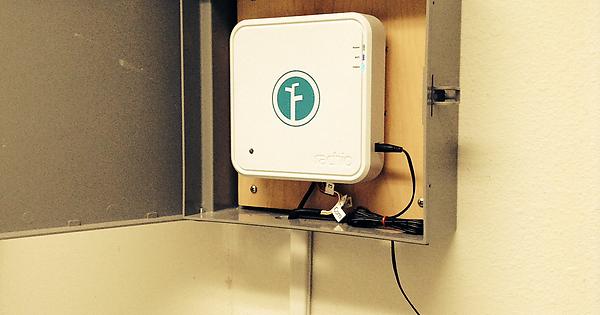 @nicholj‌ Thanks for the suggestion. We have notice this issue as well and are looking at changing the power plug design to what you are suggesting. It will take some time to work through our supply of supplies, but will make it to primetime.

That’s great. I am considering a 16-zone Rachio to be installed outdoors. I will have to install it inside a sealed enclosure where the width is an issue.

The Rachio I’m using now at home is great. I had a Rain Bird “smart” controller that was so complex we were never able to figure out how to program it in the 5 years we had it. Just punched in the times manually on the days it looked dry.

The soak feature is awesome. Our lawn is already looking better and walking across the turf you can feel a difference in how far the water is getting down in the hard ground.

@nicholj‌ Love to hear great feedback! I never knew about soak until this year, and my lawn is doing the same. Looking great with less water and less run off.

Agree on the power connector. I mounted my Iro in a box for outside use and I can barely get it in there with the straight connector. Luckily the side of the box flexes a bit.

Agree on the power connector.

I mounted mine in one of these boxes: http://www.amazon.com/gp/product/B000VYGMF2/ref=oh_aui_detailpage_o02_s00?ie=UTF8&psc=1 (FYI, about a third of the cost of the recommended box). I had to mount it upside down due to the straight plug, so would also suggest a right angle version.