Replaced Hunter with Rachio -> sprinklers water but do not popup!

hey folks, just purchased a Rachio 3 12-zone from Costco. followed all the directions. tested it out on on zone. the sprinklers activate but do not pop out! What gives? I connected everything except the wires going into the GND, AC1, AC2 and REM on the rainbird. Everything on the Right-half of the rainbird has been transferred to the Rachio 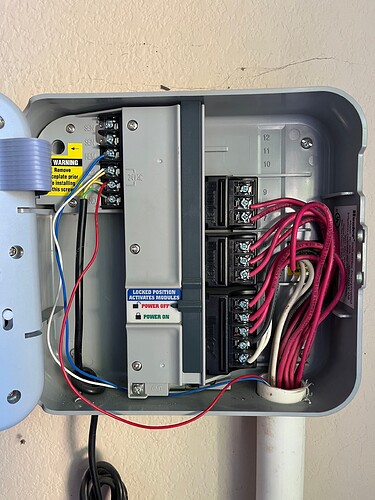 Do all zones behave the same? Do you have a master valve or pump? Did you activated it as such within the app? If you manually turn on the valve by rotating the solenoid, if they are that type, does it behave the same?

the sprinklers activate but do not pop out!

If everything worked with your old controller and doesn’t with the new, then either you’ve done something wrong or the new controller is defective.

@sblu - The black wire on the Hunter is probably in the Pump/Master Valve location. As @Thomas_Lerman mentioned, be sure to activate that setting in the Rachio app. Is the water physically turned on to the irrigation system? Previous posters have found that the water supply was turned off.

Hi Guys I appreciate the response. I had just turned on the zone with the hunter - it works and water is turned on. I transferred the black wire to the M connection and selected it in the app. When I activated the zone water comes out of the sprinklers as it seeps from under the soil on the pop-outs - it doesn’t pop out though. That’s the problem. One more thing to note is that on some of the sprinklers in this zone that are not of the pop-out type the water pressure is much lower than when hooked to the hunter…seems like a pressure issue!

I posted the hunter connections previously, here are the Rachio connections and app settings: 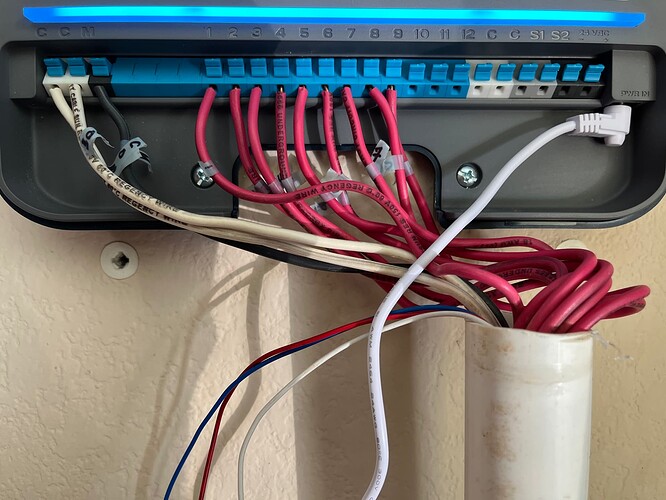 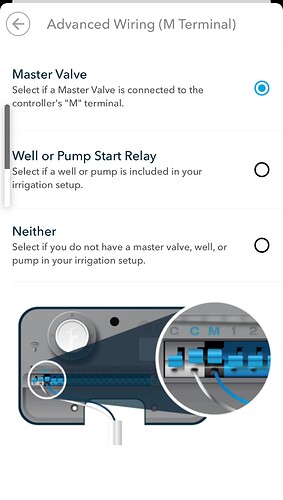 Your wiring looks good and I see you have a master valve which is set up correctly. You are correct that it seems like a pressure thing. It sure sounds odd as the solenoids are mostly either on or off. The next steps I would do are:

I am trying to narrow down where the issue lies. Sorry for all the questions, etc. 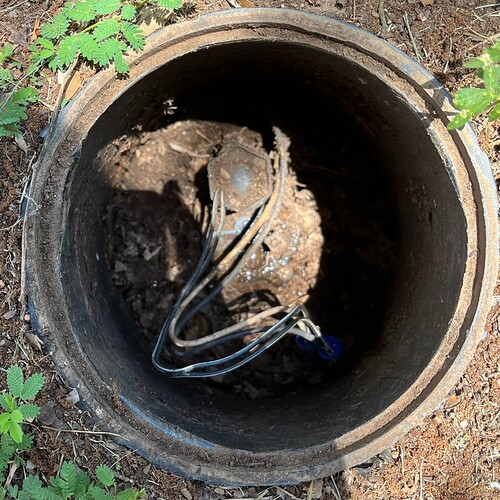 Has to tell, Orbit or Rain Bird is what I would guess. The ones that I have seen with the hexagon solenoid can be manually turned on by turning it about 1/4 turn counterclockwise.

Hi Folks, wanted to update you on this. It was indeed a water-pressure issue. Home PRV had to be replaced. reverting back to the original hunter did not resolve teh issue, so i knew the issue was elsewhere. thanks to ya’ll for helping regardless!