I have 22 zones. Needed 2-12 Rachio. I have 3 COM wires and can not figure out how to have both Rachio units running. I can run one but not the other because some zones don’t work. Confusing and frustrated. Where can I go for help?

Each of you new controllers has 4 white C terminals. Hook up your commons to which ever controller is the most convenient, all three commons can be hooked up to the same controller, or they can be mixed and matched.

Interconnecting the commons between your two units with a single wire should solve your issue.

While @Gene 's setup should work (and you may want to test that way), it unfortunately does not meet code in many areas; see

However, this may not be needed, depending on the number of zones sharing each common wire. With the 3 common wires disconnected from the controller and from each other, use a multimeter to check continuity from each zone to each of the 3 common wires. If you are very lucky, there will be one common wire serving at least 10 but no more than 12 zones. If that is the case, or if you can make it happen with some rewiring at the valve boxes, connect that common wire and its zones to one controller, with the other two commons and their zones to the second controller.

What @Stewart has linked to applies in case you have a master valve in your system. While I forgot to ask if you do, I did specify to avoid connecting anything else besides the common interconnect, this includes the master valve.

If you do have a master valve, you’d need to use a relay to provide isolation between the two controllers. There are many topics regarding such setup, here is one I can recommend:

I’ve got 5 bundles for 28 zones. The control valve is in one of the bundles. So at a high level, is this the architecture I should use? [image] Very much appreciate your help!

What @Stewart has linked to applies in case you have a master valve in your system.

You might be correct; I just took the statement from the link above
“CAUTION Interconnecting two controllers sharing the same common wire without the following provision is a violation of the National Electric Code.” at face value.

It makes some sense to me: The transformer in the power module is protected by a single fuse in one leg of the power line. On my Rachio 2, the module has a two pin unpolarized plug, so the fuse could be in either hot or neutral. If I take two controllers and tie the commons together, I’m tying one side of the two secondaries together. Now, if both transformers develop a short between primary and secondary (not completely implausible if a nearby lightning strike breaks down the insulation on both), there can now be an unfused short path between hot and neutral. If the current is insufficient to quickly trip the breaker (likely 20 A), a fire can result.

But whether it’s logical or not is irrelevant – it’s a regulation that we must live with. It’s not inconceivable that if a house burns down and the cause is totally unrelated to the irrigation system, the insurance investigators could discover the code violation and deny the claim. Although I believe that the homeowner could ultimately prevail, IMO it’s worth it to follow the letter of the code and avoid a legal hassle. (This is just my opinion as a retired electrical engineer; I am not a lawyer.)

AC transformers (wiki link), such as those found in the Rachio power supplies, provide isolation from the mains, whereas input side (connected to 110V) and output side (24VAC connected to Rachio) are not physically connected to each other.

I disagree. The Rachio is more vulnerable than most devices, because the secondary side is connected to long wires buried in the ground (for lightning frequencies, it’s essentially grounded), so a common mode surge on the power line of a few kV would likely do it in. This is why modems, network gear, phone equipment, etc. are often destroyed by a nearby strike that does not affect lighting, heating, etc.

But none of this matters. If it’s a code violation, the homeowner should correct it. I did not read the code myself; it’s possible that Rachio misinterpreted it, but with what I know so far, I believe them.

If one is concerned with a very specific and highly unlikely case that two transformers fail with a short between primary and secondary without the melting the wire and breaking the circuit. Than I recommend to add an inline fuse to the wire connecting the two commons. This will still be much cheaper than the relay alternative. 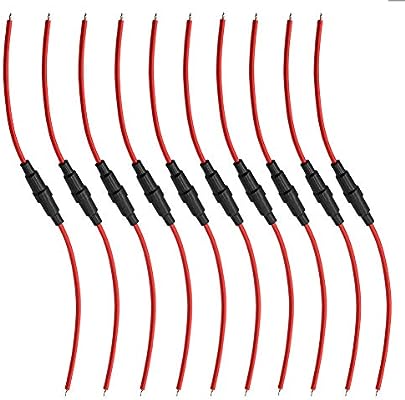 Meanwhile here is the discussion about why perfect isolation is not possible without regrouping the valves so that the two controllers would act as completely separate systems:

Thanks Gene for the awesome explanation! I had to go figure out what you meant by “complete isolation with two controllers is not possible” and that lead me to my final drawing

I never realized the valve solenoids are just a coiled continuous wire and like you said, the 2 controllers can thus never be completely isolated (as my drawing demonstrates). My new drawing includes my plan to change the master valve control relay. Now I can have both controllers running a valve at the…

I agree with you on the technical side, but am still concerned with what conforms to the code. For example, we could power both controllers from a single transformer (with higher current capacity, if needed), which would avoid the electrical issue, but the code would likely still consider them separate.

I’m interested in hearing Rachio’s viewpoint on the subject.

For the OP, if it’s at all possible to arrange for one common serving 10 to 12 valves, with the remaining valves served by the other two, that’s the straightforward and conforming solution.

You are talking about NEC like it has detailed code for low voltage wiring. It does not. Most of the code it does have is about how to run the low voltage wire through the fire barriers as well as older analog telephone & alarm wiring.

I respect your desire to be cautious and agree that if there is a way to configure the zone wiring in such a way that two controllers could act independent of each other it is perhaps the “best” solution (if you don’t count effort required), but using isolation on commons has it’s own set of issues, such as controllers not being able to water at the same time (if schedule happens to coincide):

Gene, I’m very happy to tell you that the added white common wires did the trick! I needed to connect the two ‘unnecessary’ white wires coming from the isolators together in order to get everything running perfectly. Now the only issue is that I have a zone that goes up and will not come back down… assume it is the solenoid and will replace if necessary. Thanks to you, I am not giving up on Rachio! way to save the day…!! Best, Jeff

I’ve been dealing with controller interconnects for a while on these forums, I’ve yet to get any feedback that something went wrong after commons where interconnected.

UPDATE:
I connected all 3 COM to one Rachio boxA then got a new wire and connect Rachio boxA to Rachio boxB and it worked. All zones on both boxes are fully operational. Thanks for all your help