Just bought a house and it had this system. Never had a sprinkler system before, so really don’t know much about them. I believe I have two different sensors, a rain and a wind sensor: 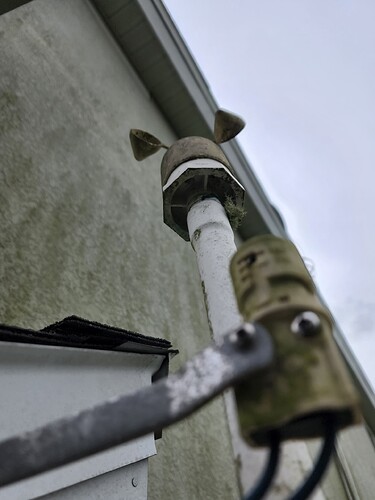 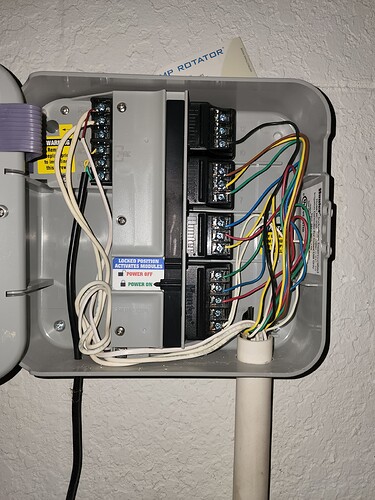 I got the Rachio and hooked it up the way it was previously, but I don’t really know what’s going on there so I don’t know how to set it in the app…

@Crimson_Order - I’m not 100% sure how the wind sensor will work, but I’m assuming it will be like the rain sensor. The rain sensor’s are normally closed (allowing current through the circuit) until they’re wet and then they open the circuit. The controller will send power out one of the sensor ports and then see if there is current on the other sensor port. Having both sensors wired in what appears to be a parallel configuration will result in the system turning off ONLY when the rain sensor is wet and the wind is above the set threshold.

Given that the wind sensor appears to be blocked by the building on one side, I’m not sure how useful it is. Also, the Rachio app can use weather data for wind and rain instead of the actual sensors.

If you have access to a multi-meter, AKA volt/ohm meter, the resistivity setting can be used to determine the wires to the rain sensor. Separate the wires out and there should be a continuous circuit through the rain sensor, when one pushes down on the rod that sticks up out of the rain sensor it should break the circuit. This may require two people.

I would run without the sensors to make sure Rachio is setup and working correctly, then add in the Rachio weather data settings for rain and wind if desired. Once everything is working then the physical sensors could be added back.

The common wires should be for the sprinkler zones and not the sensors.

Welcome to the community and post back if you have further questions.

Curious, I would guess the sensor are both Hunter, RainClik and Wind-Clik?

Those were the best shots I could get with my 6’ ladder. Just broke out my big heavy one. It’s a hunter wind-clik and a hunter mini-clik.

I didn’t get a chance to get out the multimeter, but I will certainly try that this weekend or Monday.

To make sure I’m understanding, power runs from the controler sensor 1 port through the device and back to the controler sensor 2 port. The device will then break the circut if there is rain. Same would happen if there is wind. So in current wiring it would require wind and rain simultaneously to break the circuit. If that is the case, would wiring them in series make more sense?

@Crimson_Order - The connection on the Rachio is a little simpler. For the Rachio use the 24 VAC- terminal for one side of each sensor and then S1 for one sensor and S2 for the other sensor. Configure both sensors as rain sensors in the Rachio app.

You are correct in your understanding for the Hunter controller and serial configuration.

You might want to try the Rachio without the actual sensors to see how it works. The sensors can be added later on.