I bought the 12-zone Rachio 3 from Costco but haven’t installed just yet as I’ve run into a potential issue that I’d like to get feedback on. I have a rust inhibitor injector pump connected to my current system that I’ve programmed to only turn on for 4 of my zones (my current Hunter controller allows the pump to be on/off for each zone). It appears that I can’t control the pump to operate per zone, it’s either all or nothing on the Rachio 3. Based on the cost of the rust inhibitor, this isn’t feasible option for me. After reading numerous posts and suggestions from 2016 to add this feature, I’ve seen some workarounds being developed but I’m not sure if there are any recent ones I’m missing. Here’s what I’ve learned as the options:

Am I missing anything as a viable options or updates on the above before I return this. I was really excited when I picked this up.

powering the pump when any of zones 1-4 are active. You’d use a 24 VDC relay, with the resistor chosen to provide about 24 V to the coil.

@puremtbr - how many zones do you have in total that will be running?

Two other options are:

Thanks @DLane, @Stewart. I have 12-zones total, 8 non-injection, and 4 injection. So basically the @Stewart option posted? While the schematic makes sense, I’m trying to figure out how that would be actually wired to the controller with the relays I’ve seen. Can it be done with one relay?

@puremtbr - the relays reference by @Stewart are DC relays, not AC powered relays. There is also a diode in there to prevent the other zones on the pump circuit from tripping their solenoids when a different zone is running. There is also a resistor and capacitor in the circuit. The wires to the irrigation solenoids would be at the Z1, Z2, etc. location (zone terminals on the Rachio).

The other diagrams on the community are using AC powered relays and one relay for each zone to get around the issue of another zone firing off all the irrigation solenoids that are in the configuration.

@DLane, thank you for clarifying about the option posted above. In that case, this is beyond my capabilities at the moment to figure out and experiment with, unless someone has attempted this already. Still don’t understand why this option isn’t built into the software when much more complex use cases have been implemented.

One option you may wish to consider, and which may be easier to understand, is to get a timer relay and move the zones which need the rust inhibitor onto a separate schedule within it’s own time slot. 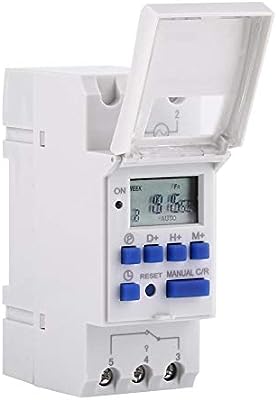 I’m not sure how good this relay is at handing the daylight savings time, so you may wish to create a 2x wide time hour window which would align with the time no matter daylight savings or not.

@puremtbr - the other method that you may have seen in the community may have been designed/created by me. That one uses a one to one relay (24 VAC coil to KISS) for each zone that needs the rust inhibitor.

Let me know if you want that and I’ll find that post or create a new drawing for you.

Thanks @Gene. Your solution absolutely would work, I just need to weigh the features I now lose from turning a smart controller, into one that isn’t much “smarter” than my current Hunter. Basically, those 4 zones would be locked into a specific time frame, so some of the flex watering options that I really liked about the Rachio would be more restricted. Creative solution nonetheless.

There is no need to loose smarter features of the Rachio controller.

There is no limit on how many times the smartest schedule type Rachio offers, the flex daily, can be created on the account. No matter what, the start or the end time of the schedule should be set, the difference here is that instead of grouping all of your zones under one smart schedule, you would need to create two (or more) schedules, each with the zones for that group (with / without the antirust injector).

Timed relay will enable the rust injector during a particular time, but it will still not be used, in case the zones scheduled for that time do not require any additional water.

How about you buy two of these: 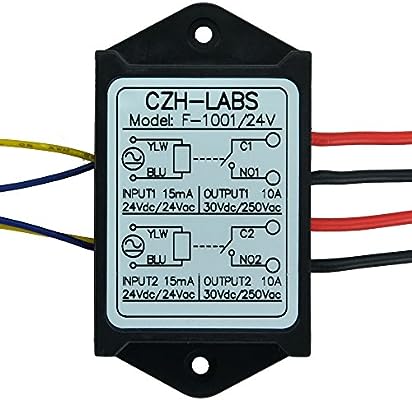 Thank you @Stewart. I like this power relay module, I think I just need further details about how to wire my pump relay wires to the power module. Also, do the 2 input wires (yellow and blue) go straight to the zone in the Rachio panel, on top of the sprinkler system wire for that zone?

Copying @Jer, @vinayg, both posted similar requests on another board for detailed instructions.

The most flexible solution would be to update the firmware to allow for pump control on a schedule basis (not zones). The schedules would allow you to schedule and select any number of zones with pump active/inactive. This scenario would be more flexible then only allowing pump active/inactive on a zone basis.

In this scenario it allows much greater flexibility to control the pump. Some one like yourself with a rust inhibitor would activate the pump with all schedules. Someone with a fertigation or bug system, doesn’t need to run it with every watering, or every zone but instead at a more flexible schedule. In my opinion it gives the user ultimate control. Make sense?

Like you said we have been asking for this for years. Rachio doesn’t believe it’s a priority. I have a 16 zone sealed in the box for over a year now. Have no use for it, as it lacks such simple functionality. Sure I could hack something up but why? And shame on Rachio for suggesting some of these hacks. Rachio needs to listen to its customers, get their shit together and update the firmware for crying out loud!!!

Totally agree, @jrego7. Your option is even better. Actually, with the new fertilization products Rachio is introducing (which I know are being applied manually now), you’d think they’d have this option for those with injector pumps to apply their product.

Without clear instructions of wiring the relays, I’m not risking ruining the controller.

Would also like someone from Rachio to chime in on their plans.

Without clear instructions of wiring the relays, I’m not risking ruining the controller.

What’s not clear? Assuming that you have two of the dual relays noted in this thread:

Connect the four blue wires together and to a C terminal on the controller.

Connect one yellow wire, along with the wire from the corresponding valve, to a zone terminal on the controller. Repeat for the other three zones that will use the injector.

Connect the four red wires together and to the pump output of the controller.

Connect the four black wires together and to your pump relay control input.

If you are still concerned, post a photo of the wiring before you power it up.

Thank you. I do like this setup. I have plenty of Wemo wifi smart plugs lying around. Plug pump into Wemo smart plug.

Appreciate everyone’s input. While the timer and relay solutions are a workarounds, I’m having a hard time justifying the added work and/or upkeep for something that can be implemented so quickly through a software upgrade. I understand others may feel those are viable solutions for them and that’s totally fine, it’s just not for me. I just returned it to Costco and will stay with my existing set-up. I’ll check-in every once in a while to see if anything changes. Thanks again everyone.

UPDATE! —- Last year I reached out to Rachio and RainMachine and requested the ability to control the pump via the program schedule or per zone. I want let everyone know that although Rachio has not heard our requests, RainMaker has updated their software. I can confirm the RainMaker HD allows you to create as many programs as you like, within programs you can assign zones, for each individual zone you can choose to enable the pump… This allows you 100% full control of the pump at a granular level. FINALLY! we have a solution in a smart system. As a plus the RainMaker has a touchscreen on the HD model, also Apple HomeKit & Alexa enabled… Guess I can throw away that brand new Rachio that’s been sitting around for a year.