Thank you for letting me join the community here. I am new to the sprinkler wifi system and recently purchased a Rachio 3!

I have installed the Rachio but I cannot turn on my zones or make my water come on. I have attached some pictures of my old system wiring and new system wiring for everyone’s viewing. I only have zone wiring from my old unit apart from three wires from my old power adapter. Do I need to wire up my old power adapter to? I though the new adapter which we plug in would nul and void those wires. Please any suggestions would be awesome! 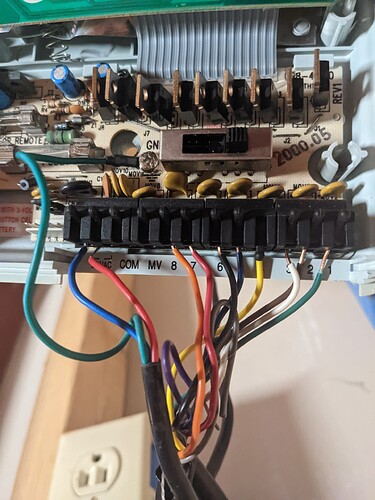 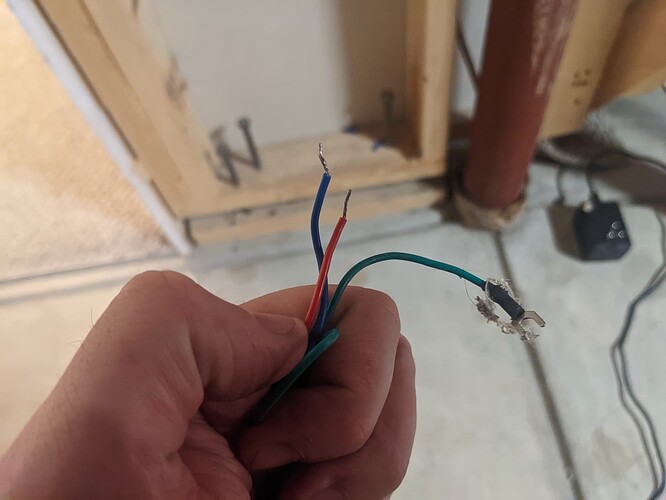 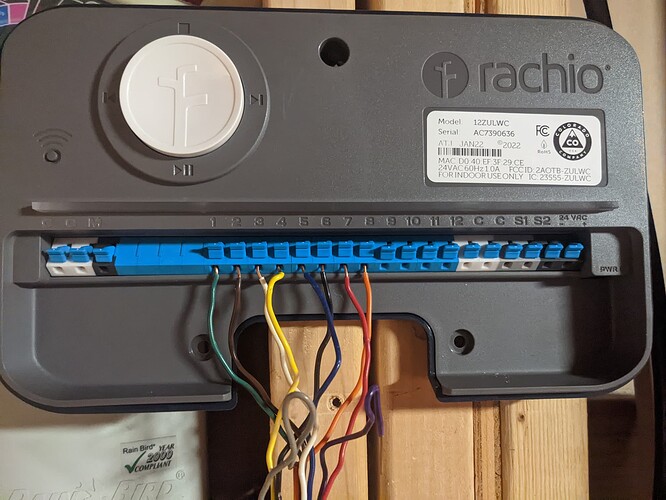 You are correct, you do not hook up the power from the old controller to Rachio as you will only use the Rachio supplied power adapter. The thing that I see missing on both your old and new controller is the Common wire. I notice the purple wire is stripped, but not connected. Could that be the common? Are any other wires not connected, like maybe a gray wire (does not look like it is stripped)?

I stripped the gray and tried that, which it didn’t work. I’ll try the purple and see if that works. Should there always be a common wire? I even striped back the black plastic to see if any were hiding down there but there wasn’t.

A common is required. Usually, it seems to be white or maybe less common green. Do you know where all your valves are? Are they all in valve boxes? If you go to the first box that the wires go to, you should see a single wire from the bundle going to one wire on each valve. The other wire on the valve should be all tied together to another color wire, which is the common. If needed, you can post a picture of each box.

How was my old system able to work perfectly of this so the case. Is a common wire needed for the Rachio but not for other systems?

I guess we can at least determine what coulor the wire is and see what’s going on. I’ll pop a few boxes tomorrow and see what’s up. I’ll post some pictures here. Weird stuff that my common wire on my old system.

I cannot think of any electronic or electrical systems that run with one wire. For example, DC systems such as using batteries have two terminals, a plus and a minus. AC, such as appliances (including sprinkler valves) use at least a “hot” and a “neutral” (or common). It is not all that uncommon when moving wires, say for a picture, for a wire to break or pop loose. Another option besides looking at the boxes is using a multimeter if you have one to check resistance across wires when not connected to the controller. This can be time consuming though due to the number of possibilities. It looks like you have eight zones, is that absolutely true?

Yes that’s correct I do have 8 zones. The problem is the only wires I have available to me are shown in the picture. So even if one did come lose it would be available. I tried the purple that didn’t work and I stripped and tested the gray that didn’t either.

When you say try it for resistance do you mean I would pick up an electrical current on the common wire?

Here is a link that might help you: Using a multimeter for low-voltage irrigation system troubleshooting - YouTube 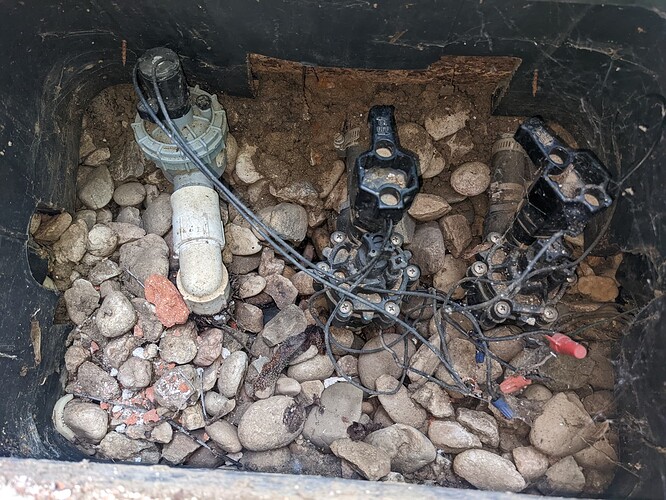 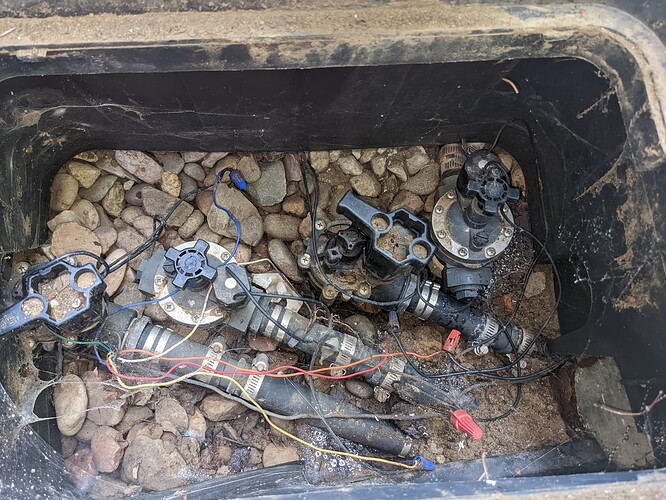 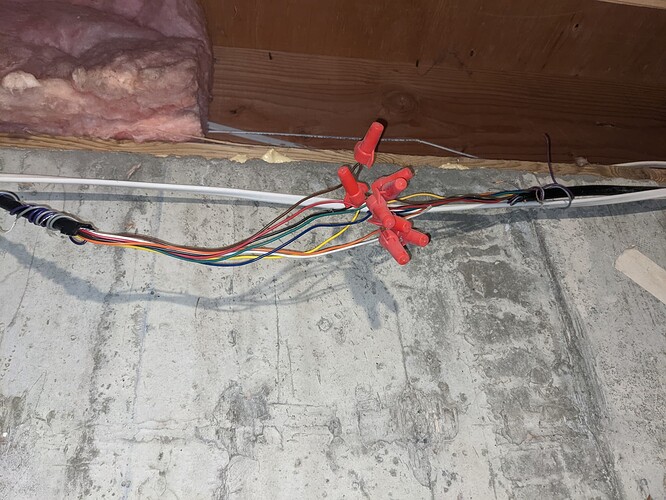 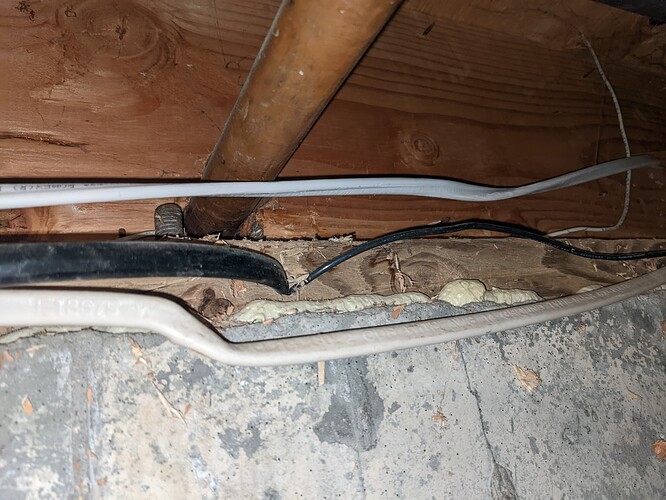 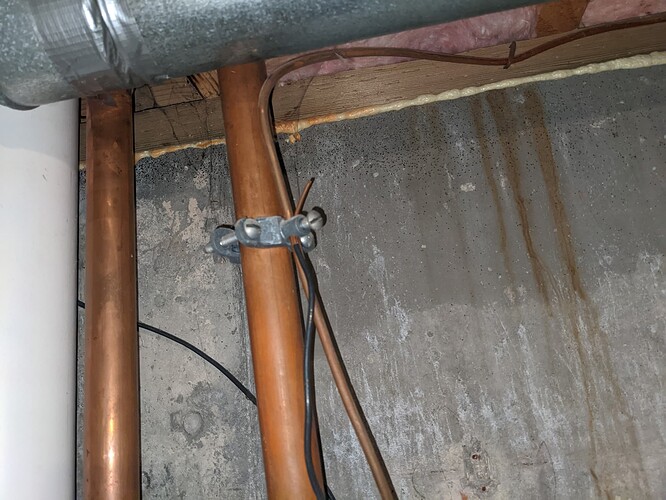 In the second image, I see what looks like red orange yellow and blue hooked up to a single wire on each of the four valves. I also see the other side of each of those valves hooked up to what looks like Gray. This would be the common wire. I cannot tell where some of these wires are we’re going such as I see the spliced wires.

Customer service is a joke. I’m returning this pos.

Sorry to hear that. I wish I lived close by to stop and help you. It does not sound that difficult to figure out. Before you return the Rachio, I would check with a sprinkler place and see what they say about no common wire.

Personally, I would start again, with ONE Zone, rewire it even above ground to prove things out, then add others one by one.

I understand your frustration and have no solution to offer other than going through the installation advice online. I spent so much time studying(way too much) all the pictures before starting, comparing the two controllers(old and new), and figured out all the wiring before removing anything, and shocking it was fast and easy.

Through multiple moves I have inherited many irrigation systems. I think you would benefit from tidying up your valve boxes, and making it obvious which color wires go with each valve. In one of your pics it is easy to see the red, orange, yellow and blue wires. In the other picture however I can’t see what colors go with each valve. In the picture with four valves, the red wire nut at the bottom right of the picture has FIVE wires. Four of those wires are directly attached to a valve in that box. The wire that isn’t attached to a valve is the COMMON and the other end should eventually end up being the white C connector on the left of your Rachio controller box. If you have two valve boxes that common wire that goes out of the box either comes from or goes to another Common wire bundle of four or five wires in the other box. I couldn’t quite tell but it seems like that wire nut may have come off the common wires in the three-valve box. Whatever color wire that all the common wire bundles are attached to when they leave the box towards the house is the common wire, and should go in the “C” terminal. If you have a separate common wire (as could be what I see in the picture from wires coming out of bricks into the ground), you could potentially have two “black” wires (I think it may be black from the picture), so you may have to trial and error which one is the “real” common by switching them.

As an update on this. I had to change out some solenoids. That wasn’t the fundamental issue. There was no common wire anywhere, the only thought I have about that is somehow the person who installed the last system managed to hijack one of the zone wires, no idea how but it worked. So my solution was to run a whole new common cable which I hooked up myself to all of the 8 zones and then ran it back through my house. First time trying it after that everything worked perfectly.

A strange issue indeed. A 20 minute project turned into a 10 hour diagnosis and repair.

I can’t blame Rachio for the issues but I do still stand by the initial customer support that was lacking in timelessness and just knowledge about sprinkler systems. I stated in the beginning that I had no common wire and no response I had from the emails mentioned anything about adding a common wire. I called one of the listed technicians on the site and they wanted $300 to just come out. At least now I can set up and install a whole new sprinkler system if needed. Basically I’m a fkin pro.