Hello all, I have just replaced an old Rainbird ESP controller with a Rachio 3 with 12 zones. I believe I have correctly inserted all the wires correctly but no matter what I try I do not get any water flowing. 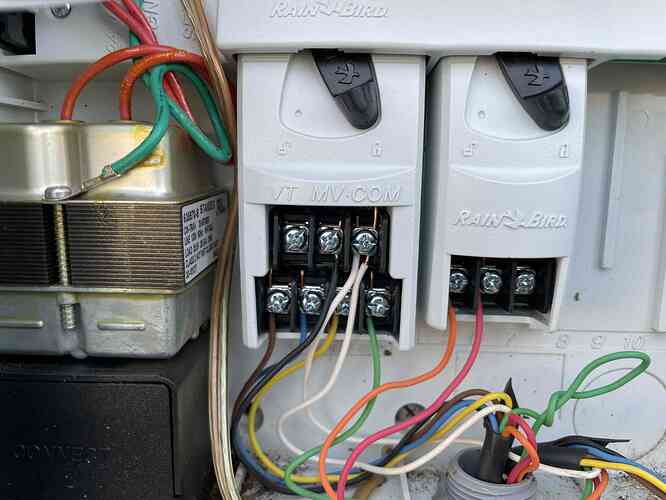 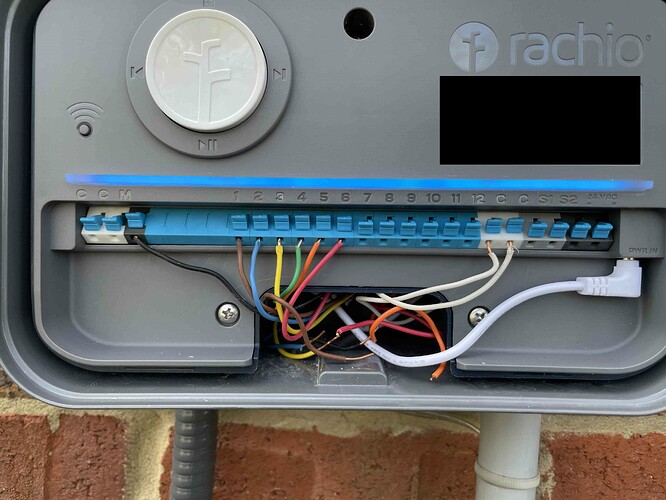 No matter what I try nothing seems to work. The controller has power and I have it connected to my phone, so I know the entire device is getting power.

A few questions Based on other answers I have seen in here.

On the old setup both C wires were connected to the same C terminal. I read another post that someone had to add both C wires to the C terminal to get theirs to work. (I did try inserting both C wires in to the same terminal and it did not resolve the problem). I have also tried removing/adding the M wire and enabling/disabling the Master Value setting within the app. Nothing worked.

Question: Do the common wires have to be plugged into a certain C Terminal or will ANY C terminal work? The only thing I have not tried is plugging both c wires in to the 1st C terminal (as the wires are too short and I’d have to extend them).

The other problem is I did not test the old system before replacing it. (I know, I skipped basic step number 1 which should never be done). The sprinkler system DID work in the fall before we shut down all the programs.

As part of winterization, the irrigation water is usually completely shut off. Is there a gate or ball valve to open before the master valve?

We did not shut it off before winter, so it should still be working.

Okay. It shouldn’t matter the C terminal you use. Next I would make sure there’s no break in the common wire before and at the valves. Hopefully someone will come along to analyze your wiring at the controller but I don’t see anything obvious.

Is the M terminal connected to a master valve, or a pump? If the latter, please provide details.

Confirm that when you run a zone from the website or app, the corresponding light on the controller turns on.

Test by manually opening both master valve and one zone (turning the bleed screw or the solenoid about 1/4 turn). If no water comes out, you have a plumbing problem, most likely just a shut-off valve got turned off.

Then, leave the master valve manually open but restore the zone to normal. Try to run that zone from the app. If that’s ok, there is most likely a problem with the wiring to the master valve.

Do you have a multimeter you can use to troubleshoot the wiring?

I got it working. I had a combination of 2 issues. first issue was during all my testing of different configurations I had the wrong blank wire plugged into the MV by the end. (it is a Master Value, not a pump). after removing the screws to see the wiring (and manually separating all the wires) I fixed that issue.

2nd issue is I had to connect both white wires to the SAME common port. The way the irrigation system is connected is 3 zones are in the front (with the valves in the front yard right next to the MV) and 3 zones are in the backyard (with the values in the backyard). When they first wired it they must have 1 loop so the white wires have to complete the circuit.

This was experienced by someone else on these forums, and they are how I got the same idea from to plug both white wires in the same terminal. (my problem before is I had the wrong black wire in the MV terminal.

Either way it’s all working now. I can’t wait to be able to program this from the comfort of my couch and instead of standing outside trying to figure out how to turn all the knobs correctly.

Here is my final wiring: 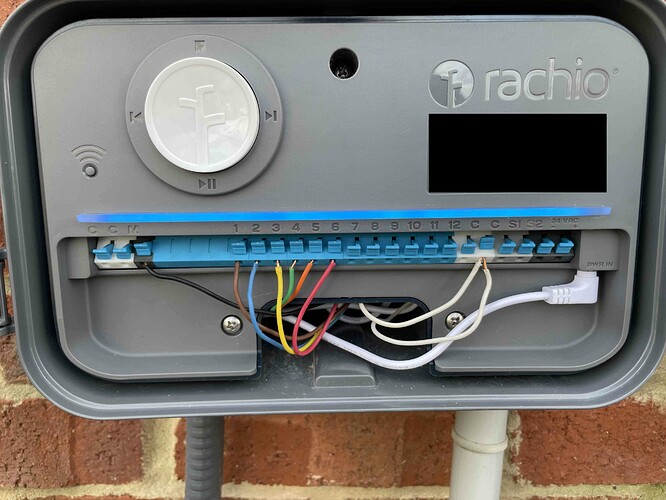 Thank you so much for letting us know how you solved this. Chances are apparently good that someone else will have a similar issue! Enjoy the literal arm-chair programming of the controller. I was just marveling this past weekend how satisfying it is to test my new drip irrigation install without going to the garage or opening the spider infested valve box!

I have a Rachio 3, 16 zone controller. I just testing the continuity of all four common terminals. I did not find any resistance between them. Because of what I measured and what I can image the electronics being like, I am wondering why the commons need to do separate. I have one common wire in each of the four terminals, but I do not have a master valve/pump. I realize that different models might be different and would love to hear what Rachio says about this.

This saved my day, I had the same issue, had to. connect the white wires to one common.