Hello. I just replaced an 80s era sprinkler controller with a Rachio 3. I now am having issues with the zone valves inconsistently working sometimes and other times not working at which point I get a “Zone fault detected” error and that the zone may have wiring issues. This seems to happen completely at random. All 7 zones have started properly and all 7 zones have not worked at different times. I can get a ‘zone fault detected” error and try again 10 sec later and that zone will then work fine. I don’t have a master valve or ay sensors. My old sprinkler controller had none of these issues and I’d rather not go back to using it. It seems others on this forum have run into this issue but I haven’t seen any responses addressing what may be causing it. Any assistance would be much appreciated.
Thank you,
Dave

What type of valves are in the system? Are they original, or were they recently replaced as well? When you get inconsistent faults like that, it makes me think you have DC latching type solenoid valves, which are not compatible with Rachio, or most controllers for that matter…

Thank you for the response. I don’t know for certain but would guess they’re original valves. I’m not sure how to determine if they’re 'DC latching type"? In case it’s possible to tell by appearance, I’ve uploaded a few photos. They’re Imperial Underground Sprinkler Company valves with specs of 24 V AC, 60 cycles, 10 W, 150 psi, and Model EV. It’s not clear if the company is still in existence but pretty impressive that their controller timer and valves have lasted for close to 40 years. I’m not sure what the next steps would be, besides perhaps returning the Rachio as I’m not sure I want to replace 7 solenoid valves. 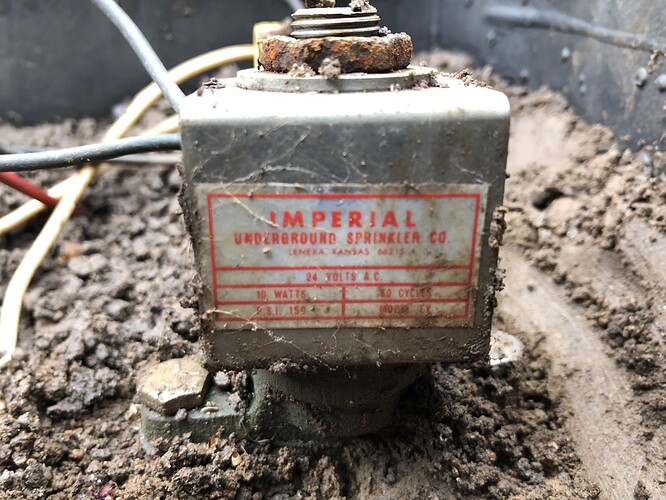 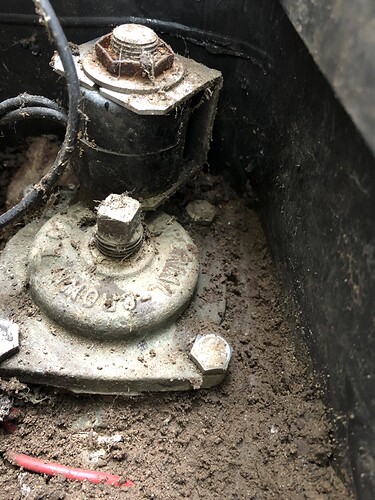 Man, those look old! I’ve jneber seen any like that!

But, it does look like they need 10 watts of power, which is more than any modern sprinkler controller will put out…

Yeah, some of the limited info I can find on these ancient Imperial valves makes it sound like they were designed to work with the matching Imperial Valet Timer (for kicks I’ve include a photo of it) and they require a higher current draw than today’s controllers are designed for. Thanks for the response confirming that to be the case.
Something I’ll just put out there – does anyone have a DIY solution for increasing the current to the solenoid valves once it leaves the Rachio 3? 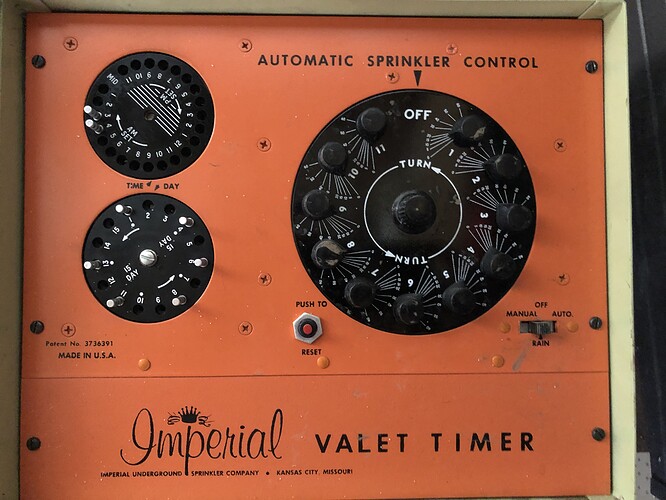