I just purchased the Rachio 3 8 zone and

I just purchased the Rachio 3 8 zone and asked my gardener to switch out my old system to the new R3. I think he did not realize what I was saying so he took the old one off the wall and left. I am now trying to install it myself but I don’t have a reference picture for the wires. Is there a way to figure out which wire goes with which zone?

Can you take a picture of the wires you do see?
Also, any pictures of the valves will be helpful.

You likely have a white wire which would be Common ©. Connect the remaining colored wires one at a time to zone 1 and then try running that zone. Check which zone is running and then use a label/sticker/tape to ID that zone’s wires. Once you’ve confirmed each zone move the wire to the zone # that you want them on.

If you have a rain senor(s) you should be able to check the wire colors at the sensor end. Sensors wires are frequently a thinner wire. Also look at your old controller and check to see if anyone left connection notes (e.g., Blue is zone 2).

Not sure how to wire your controller? No sweat! The Generation 2 Rachio Smart Sprinkler Controller is designed to accommodate two sensors, a master valve or pump relay, and up to 16 zones. If you'r... 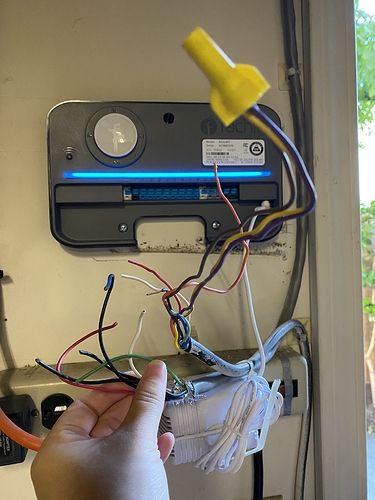 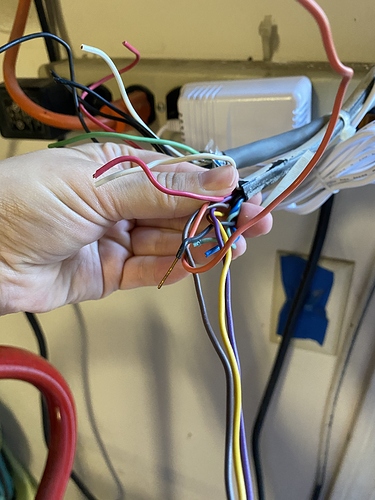 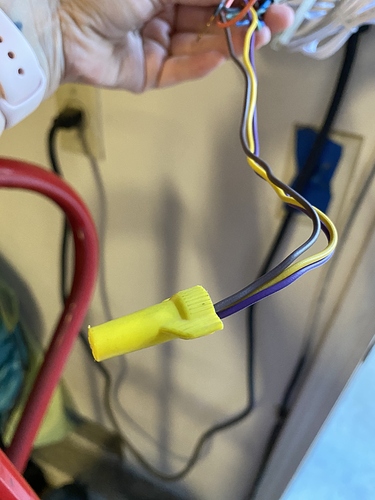 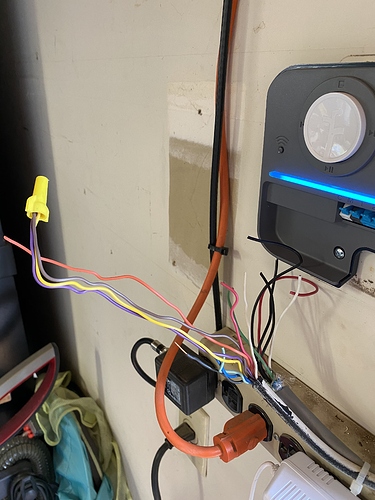 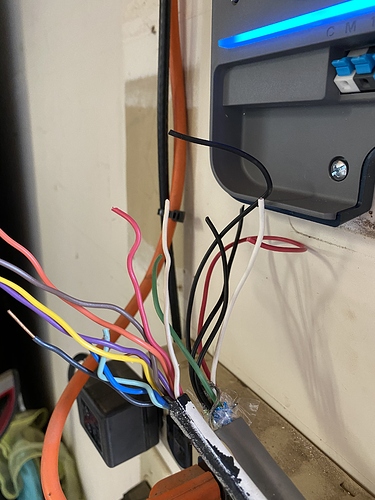 Here is what I have.

The bundle with the multiple colored wires - white, red, orange, purple, yellow, dark blue, light blue, etc. - are probably your zone wires. White is usually the common wire and the other colors are for your zones. I don’t know what the other bundle of wires is for. Do you have a master pump and/or some type of sensor?

There are two cables, one (black with white paint) appears to be your actual irrigation wires. I’d try connecting white to Common © terminal as mentioned by @Alturia, while others to numbered zones on your controller. It is not clear if you have a master valve, if you can take a photo of your valves, we may be able to answer that question.

The cables combined with a yellow wire nut are likely extras, unused and “secured”. I’d leave them disconnected for now, until you get the rest of the system up and running.

The other cable with metal shielding, containing green, several black, white and red wire appear to come from somewhere near the ceiling? Try following the cable and see where it leads. For now leave it disconnected until we know what it is and it’s purpose.

So just a heads up. I just bought this house as a foreclosure and the previous owner didn’t leave any info. So kinda working blind. I know nothing about grass or sprinklers. I found one bundle of wires goes out towards this box in the ground. I cant figure out where the other goes. 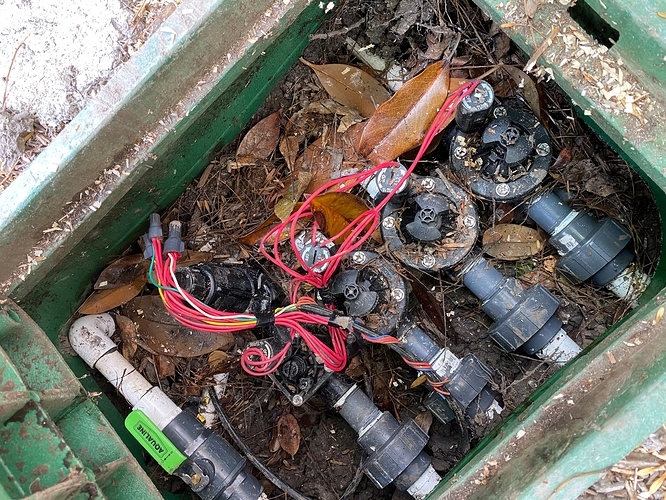 @dorantr - Progress. Still a small mystery as I don’t think I saw a yellow and green wire in the same bundle back at the Rachio. Here’s where I’d start.

You may need an ohm meter (normally part of a volt meter) to diagnose the wiring if there is a cable change/change in wire color. But easily doable.