I installed the Rachio Gen 3 pretty quickly. I was annoyed that my previous company didn’t label anything but I did before I removed and took a picture. X core picture is below: 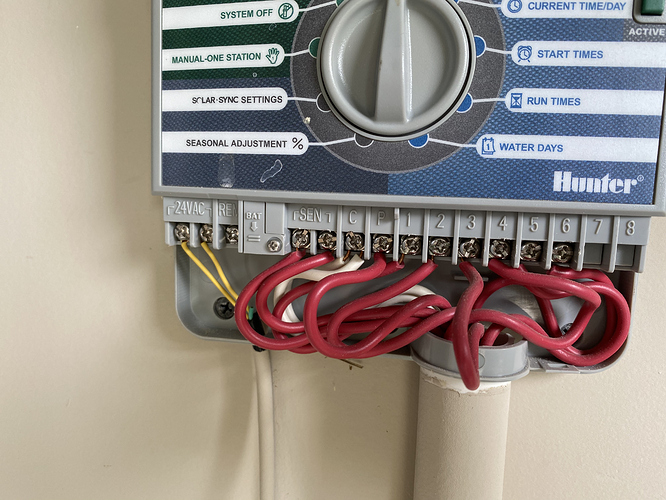 What the picture doesn’t show is my unit had two white C wires. Is that normal? They were both attached to the same C screw. So on the rachio gen 3, I used the two c terminals and ran one wire to the left and one wire to the right. The wire going to ‘p’ on the x-core I wired to the M grey on rachio gen 3. I assume this is my master valve and left the setting as master.

I have one of the old rain sensors, not a big deal - but it had two wires. I currently don’t have that enabled on the rachio (but it is wired in). I disconnected the 24vac which was the old power plug.
I only have 6 zones.

Only zone 5 turns on. The others, do not. Is this a wiring problem? Is the two “C” wires something unusual? The x-core had them on the same screw head. This is completely not my area so I’m obviously missing something obvious. I’ll get a pic of the rachio as well. 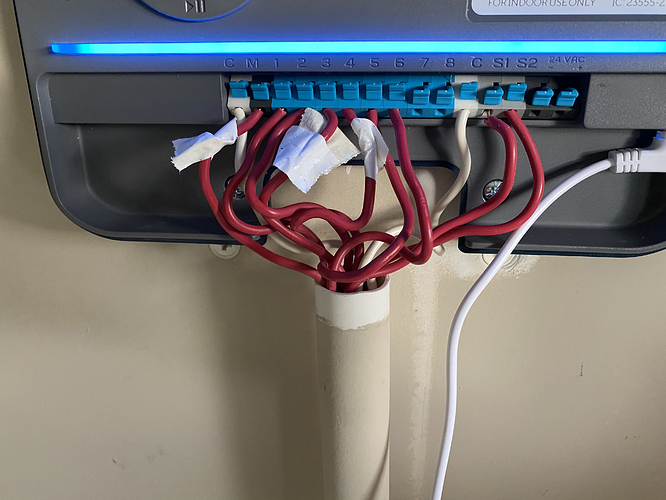 image4032×3024 3.05 MB
You’ll see they used the same color for everything (sigh). The tape is me labeling ‘pre’ move certain wires so I didn’t lose what it was during the transition.

My biggest question is the P to M (that seems right) and the Two C’s that were under one screw, now on ‘two’ terminals on the rachio 3. If zone 5 works, does that mean im wired right and zone 1-4 and 6 are just broken wiring? This worked on the old, but I hadn’t checked every single zone in awhile. I know more than one worked for sure, as I’ve seen them on in the past few weeks.

@netguy - Here are my answers:

2 - Same color field wire - seen it before on posts. Makes it challenging, but so it is.

3 - P to M - correct. Whether a pump start relay or a master valve - it needs to be turned on with the zones. Hunter labeled it P, Rachio labeled it M.

Possible solutions (a few too many variables to discuss them all):

@DLane - nailed it.
Somehow the m and zone 5 swapped when pulled through. The labels stuck together. That was the problem. Everything works now thank you. I had no concept of this and didn’t realize a master in a zone would still turn it on. Sounds like I have to research more for future (plan to add on).

@netguy - Thanks and you’re welcome.

A master valve is just the same as a zone valve, but controls water to the entire system. Adding additional zones won’t have an impact. Just wire the new zones into the next open terminal on the Rachio. Also, I’d extend the pressure/supply line to any new zones from after the master valve so it will still protect those zones from leakage when the system isn’t running.

As Spock would have said - It was logical.