Any ideas about the best way to set up a sprinkler zone in order to automatically refill a fountain? I have two fountains, and I would like Rachio to automatically fill each. Do I just ignore all settings for soil, nozzles, etc.?

Unfortunately fountain water losses are quite different from irrigation water losses / needs, so at this time Rachio can not provide a fully automatic solution. Additional sensor of some sort would be needed to control Rachio and tell it when to add water, otherwise you will likely be loosing a lot of water down the overflow drain (or over the sides), if you setup some sort of schedule.

The best option you have out of the box is to setup the zones, but not add them to any schedule (unless you don’t mind to overflow your fountains on an occasion). You can trigger water addition manually, but that would mean constant observation of the fountains (far from automated).

Do your fountains feature a surface skimmer? If so I may be able to help you down the road.

Hmmm. There must be a way to circumvent all the smart stuff and just do a routine run time. Lets do a search in previous topics. Maybe Franz or Mckynzee can help.

You can absolutely create a schedule for just your fountain and disable all of the weather intelligence features!

Just be careful about a routine (manual) schedule. Make sure to adjust it each season.

If we assume that you water pressure is relatively stable, manual schedule will mean that you will add a set amount of water no matter what (Has it been raining? Lets add water…).

If you don’t adjust the schedule each season, you may find that your fountains are using more or less water than your schedule provides. If you are adding more water, it will soon flow over the sides or down the overflow drain. If you are adding less water, your fountains will soon run dry and possibly damage your pump. Since your water needs will change each season (such as you needing more water during the summer as compared to a winter months), having an unchanging schedule will cause issues.

How do you do this Mckynzee? This feature comes in handy for containers, plants under eves, seeding or new landscape establishments. Is something written you could send?

I would create a fixed days or fixed interval schedule, and when reaching the screen with the “Weather Intelligence” option, I would select that and turn all (or whichever you do not want) off. You can also edit those by following the instructions here!

The best way would be to install an automatic float valve that would shut off the water when it reaches a certain threshold. This way you would set the valve to run for set amount of time without worrying about the reservoir overflowing. 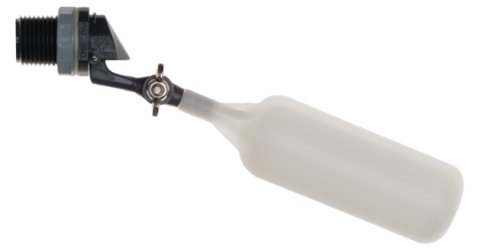 This Kerick MA052 float valve is a tank-mount style with an adjustable arm, and is made of PVC with 18-8 stainless steel hardware. The valve has a 0.093" orifice and its estimated rate of flow is 1.3 ...

@landsthetics That float valve is the best option.

@lmhinman Check your local city ordinances about using your sprinkler water to fill a fountain. In Texas, we can’t do that. Sprinkler water is non-potable and can’t be used to fill fountains or pools.

Where I live in TX (suburb of Dallas):

When I had my pool installed, this is the technique I selected for pool fill maintenance, versus using an autofill valve. I was cautioned that over time autofill valves fail. Absent being diligent enough to replace it every 5 years or so, I otherwise ran the risk of a leaking valve, not knowing it, and thus wasting water (just like a worn out toilet valve does, constantly sending water ‘down the drain.’)

I use different settings for my Iro2 Zone 10 (pool fill zone) than any of the other turf or shrub zones, designed to mimic the daily pool water evaporation. I’m reasonably successful, but, occasionally I still need to do an additional manual fill. I do have the pool fill zone as part of my Flex Daily (full automatic) schedule so as to take advantage of weather and season automatic adjustments that Flex Daily does on a daily basis.

Where I live in TX (suburb of Dallas):

A pool is viewed as non-potable water.

“(n) Water contained within the piping of an irrigation system is deemed to be non-potable. No drinking or domestic water usage, such as, but not limited to, filling swimming pools or decorative fountains, shall be connected to an irrigation system…”

Water in the pool is non-potable. The water to fill it should be potable. A lot of pools have been filled with irrigation water over the years. Pool companies are notorious for telling their customers it’s still okay. That changed in 2009.

Very thankful for irrigators like you, Sprinklerman. Your knowledge elevates the industry.

Now, done right, it will be a connection from the potable water line (and not the irrigation system) to a float valve, or to a solenoid valve to the float valve.

Many pools, like mine, built before '09, don’t comply. This is something I’ll look at changing to this summer for my pool to comply.

As robertokc said, thanks from me too.

I have always just run a drop line into my fountain. Its usually enough to keep it full. Want more add more lines. But I had thought about adding a zone or line for just fountain and one for misters.

The best answer for knowing when to fill would be a level indicator. But it would be cool to see some thing in the UI that had accessories like misters, fountains, and water toys you might use.

It’s important to understand the science behind the rules. Irrigation piping is past the backflow preventer where potable water is generally found, so if the water to the irrigation system is turned off, it is no longer pressurized. Irrigation systems frequently have leaks, which may or may not be quickly repaired. At that point, water from the soil can infiltrate into the irrigation system when not pressurized, bringing bacteria from animal fecal content into the piping. Additionally, the pipe from the fill valve to the pool is also underground, and rarely pressurized, and subject to the same conditions. There may be other reasons to consider the water as non-potable, but these are the primary ones.

Many hoses are also marked as “not for potable water use”, sometimes because of the hose material, such as lead content. But, the hoses can also get soil-based water contamination, depending on their routing and use, and if there are couplings or small leaks.

In general, the only protection pools really have is chorination, superclorination, and dilution. Birds flying over a pool may relieve themselves over the pool. Animals may attempt to get a drink from pools, and may relieve themselves while doing this. Racoon feces are one of the worst offenders, because the eggs of Baylisascaris procyonis worms aren’t affected by chlorine, and are harmful to humans. Plus, you get humans swimming without having taken a shower before entering.

So, there is definitely a risk of using irrigation water to fill a pool. Will homeowners connect a hose to a sprinkler system hose connection anyway? Probably. Just remember this, the next time you go swimming, that you really don’t know where the water in that pool came from.