I’ve been running my trees on drip lines with a Flex schedule for years. Recently we had some new trees planted, alongside the established ones. The Flex schedule of course is very deep watering, but with days between watering. The new trees wouldn’t survive, so I put them on a fixed schedule. Understandably the Flex might not fire as often, if at all, but if it did I would expect it to run for the same amount of time, which was 340 mins. Today I saw a notification that FLEX ran, but for 40 minutes, which happens to be the same amount of time that the fixed schedule runs for the same set of trees. I wonder if that’s a reporting bug. 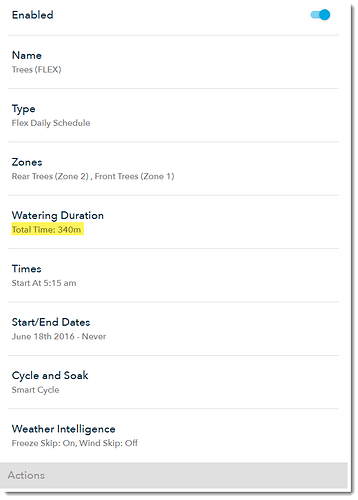 These are the three schedules associated with the trees: 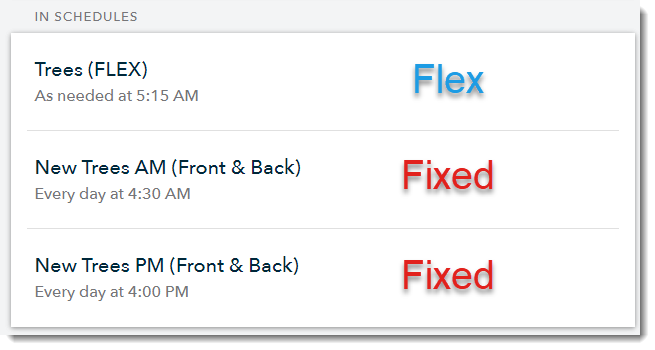 Here’s the history, reporting that both schedules fired at the same time and for the same amount of time: 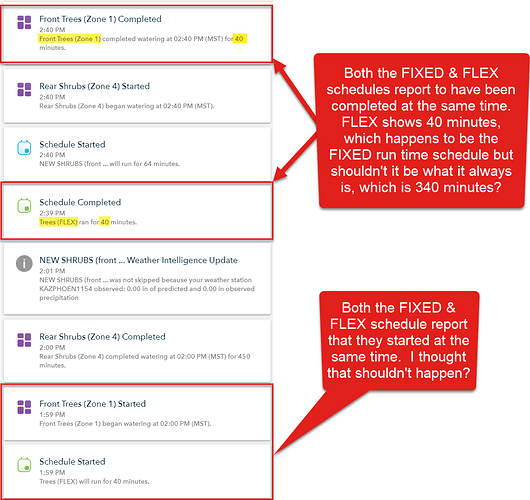 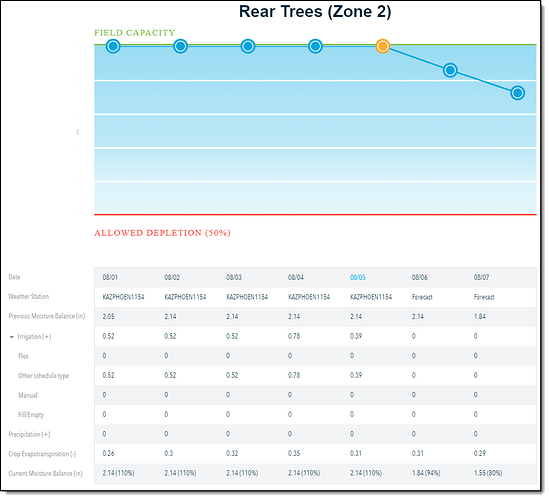 Please advise, and thanks!

I betting that is just a reporting bug or a population bug. Flex may have planned to run, but the fixed butted in and made it so Flex didn’t need to water, but didn’t populate as such…?

Yeah, kind of what I’m thinking too. We’ll see what the Rachio folks say.