We began to install the Rachio 3 but our master valve is 120 vac. Can you confirm if the Rachio 3 will work with 120 vac master valve or do we have to change the master valve to 24 vac or add a 24 volt Mars relay? Here are a few pictures for reference. Thanks! 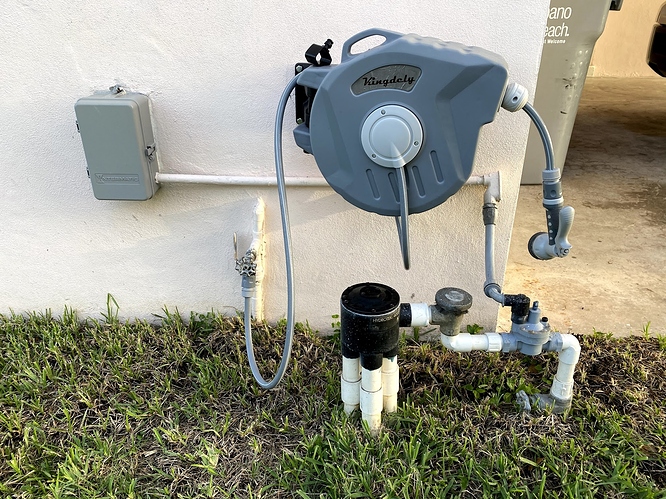 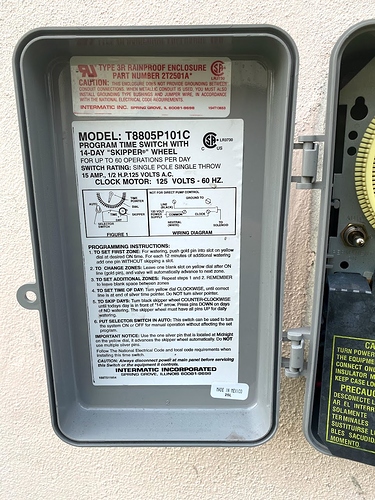 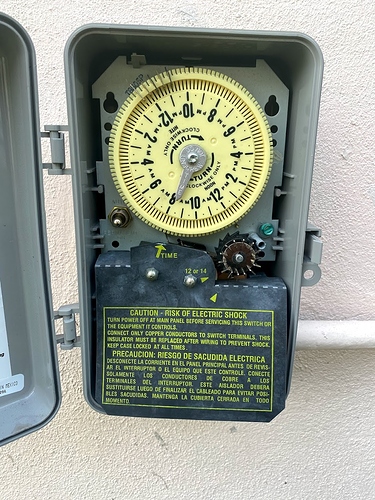 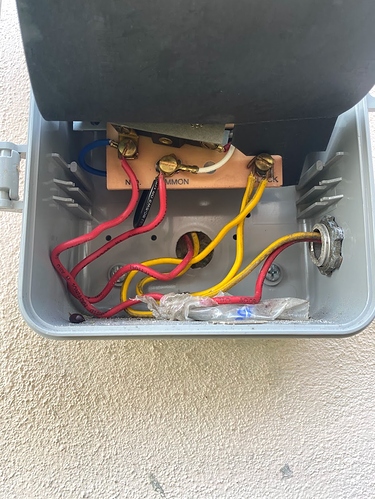 I do not have a master valve, but found the following link which discusses it. From what I can tell, the same terminal may be used for a master valve or a pump. It talks about using a pump start relay for a pump, so that tells me it is not 120VAC. Plus, the terminal for the master valve looks just like the ones used for the zone valves, so I would find it very unlikely it can safely handle 120VAC. From the first picture, the master valve looks like a zone valve. Do you know the brand & model of it? From the other pictures, it looks like it is wired to 120VAC. If it is a 120VAC master valve, I would probably want to switch it out for a 24VAC valve (seems safer to me) instead of putting in a relay (seems more work having the 24VAC running to a relay that supplies the 120VAC to the relay). However, you already have a box running to it with the 120VAC. Either way, you will need to get 24VAC ran to it.

How to wire your controller - Basic and Advanced Wiring

Wiring your Rachio controller Rachio 3, Generation 2, and Generation 1 Not sure how your irrigation system wires match up with your Rachio smart sprinkler controller? Have advanced wiring needs? We...

You don’t have to change the entire master valve, just the coil which is the part where wires are attached to. Unscrew the existing coil (after turning off the water via the valve by the ground) and disconnect it from your old controller. Take it to the home improvement store and someone will help you find the 24vac version of the coil.

Main voltage coils were used with older controllers to avoid the cost of the transformer.

You also have an index valve, limiting the smart irrigation controller’s usefulness. There are several topics discussing different ways people went about upgrading the valves to add control over individual zones and maximize savings. Worthwhile looking into.

Good point & information @Gene. I am not familiar with old valves (solenoids) that uses 120VAC. If they can be swapped out for 24VAC, that would be great and the route I suggest (still need 24VAC ran).

I am not familiar with an indexed valve either. Is that what that black cylindrical device with multiple pipes coming out of it? Actually, I guess I have read about how valve doublers work and it sounds somewhat the same.

Yes, an index valve directs water to one I f the output pipes in sequence. Each time the water is turned off, index valve reconfigures itself to direct the water to the next zone. It is not possible to go from zone 1 to zone 3 without spending at least a few minutes watering zone 2… smart irrigation controller cannot guarantee that the water will go where expected, thus best features, such as individual moisture level tracking, will be unavailable without changing the old valve to several individual valves, each dedicated to a specific zone.

That does sound like they are very similar to doublers. Maybe those are just technology that was before my time or something?

The postings that I saw were, as you said, upgrading to individual valves instead of an index valve. If this is done, is there really a need to have a “master valve” so close to the other valves? I definitely understand having a valve (not sure I would call it a master valve using the index valve) with the index valve (especially since it appears to a mechanical valve).

Advantage of having a master valve is that two valves have to fail in order for the “leak” to occur. When individualizing the valves, the chance of something going wrong increases

For example if there is a one in 100 chance of valve failing (in other words 1% for sake of example) than with old setup it’s 1% * 1 valve in the system = 1% total. In the system with multiple valves, chances increase with the number of valves in parallel, so if you are individualizing four zones, failure rate in any one of them is 1% * 4 = 4%. Still small, but increased.

Keeping / adding a master valve to the mix means that failure rates need to combine (both valves failing at the same time), so in our example of four valves, chances of uncontrolled irrigation are 4% that one of the zone valves have failed times 1% chance that the master valve fails at the same time. in other words 4% * 1% = 0.04% chance of failure, about 1/25th of what it was with just one valve to start with. For best results, the system should include the flow meter, so that it could detect when more than one zone is active at any one time.

@Thomas_Lerman @Gene Thank you for all your input. It helped us decide how best to move forward. When we took apart the solenoid valve neither local home improvement stores near us had a replacement so we opted to change the whole master valve to a 24 vac master valve.

We realize that we’re not getting all the benefits of the Rachio 3 this way but for us, it’s still way better than what we’ve had. I do plan to begin researching the best way to upgrade to individual zones in the future.

Thanks again. We really appreciate it!

You are welcome and any time. It was fun to learn about some of the older technology, etc.

When you do get to researching . . . as @Gene mentioned, you will find information here in the community, plus I am YouTube, etc. I personally really like the use of manifolds, but that adds some cost to the overall. I also personally do not like some of the cheap valves at some of the home improvement stores. I have had issues with water hammer with them and switched to a better valve and the improved the hammer quite a bit (still did not quite get rid of it).