I brought my Rachio 2 (16ZULW-B) with me to a new house, but I’m having no luck getting it running after replacing the Hunter Pro-C that was already here. 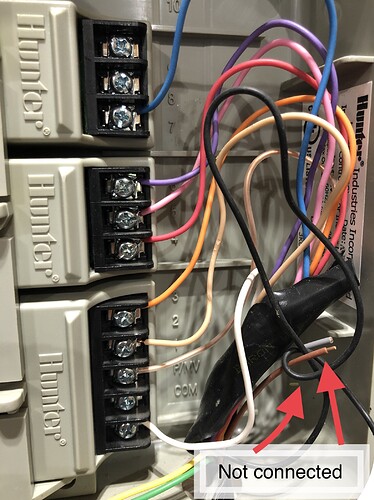 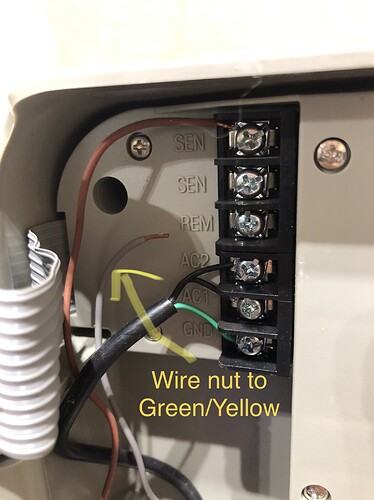 The black, gray, and brown wires headed out to the system were not connected. The yellow and green wires were joined via wire nut to a single gray wire which was in the area of the power connections, but not actually hooked up to anything.

I wired everything as shown below, but no zones are starting. 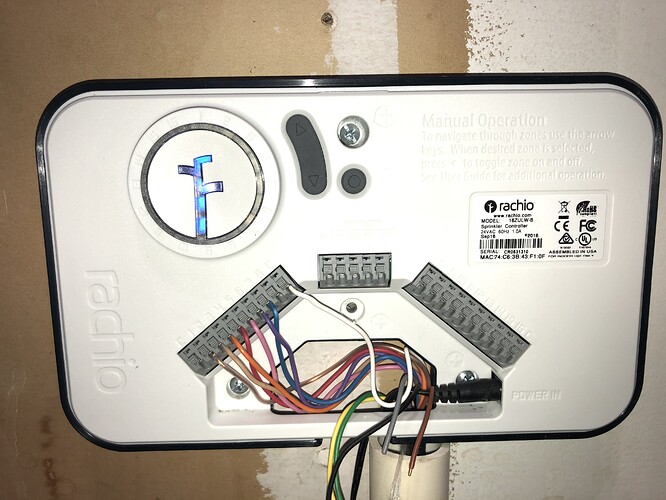 Anyone know if I happened to I miss something?

@fletcher - was the Hunter Pro-C run before being disconnected? Is water on to the system?

Do you have access to a multi-meter to test resisitivy on the circuits?

Turns out having the green and yellow as common worked… after I located and turned on three valves inline with one another (not sure why so many?) to actually supply water!

Thanks for the assistance.